One of the world’s leading manufacturers of endoscopes, and a target of a wrongful death trial in an endoscope lawsuit, escaped liability for a patient’s fatal infection but was nonetheless compelled to pay almost $6.6 million to the hospital involved for failing to adequately instruct hospital staff. 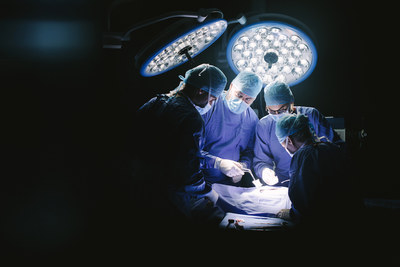 Olympus Corp. (Olympus) was a co-defendant, along with Virginia Mason Medical Center (Virginia Mason), in association with an endoscope infection lawsuit. Plaintiffs in the surgical infection lawsuit, the family of victim Richard Bigler and specifically the victim’s widow Theresa Bigler, accused both Olympus and the Seattle-based hospital of negligence (Theresa Bigler v. Olympus America Inc. et al., Case No. 15-2-05472-4 in the Superior Court of the State of Washington in, and for the County of King).

According to Court documents Richard Bigler had received a diagnosis of pancreatic cancer in 2012. A year later Bigler underwent an endoscopic retrograde cholangiopancreatography at Virginia Mason by way of an Olympus TJF-Q180v duodenoscope. Soon after the procedure, Bigler died of infection.

The endoscope negligence lawsuit sought nearly $11 million in damages. In the end, the 12-person jury delivered its verdict following an eight-week trial and assessed liability of 60 percent to Olympus, with the remaining 40 percent to Virginia Mason.

The medical malpractice lawsuit concluded with a finding of negligence against Virginia Mason over its deployment and use of the Olympus duodenoscope, and therefore bore responsibility for the severe infection that led to the death of Richard Bigler. To that end, Virginia Mason was directed to compensate the Bigler family for $1 million in restitution for Richard Bigler’s death.

Olympus, in turn, was ordered to pay approximately $6.6 million in damages to Virginia Mason with regard to inadequate instruction.

More ENDOSCOPE INFECTION News
Both Virginia Mason and Olympus Corp. were reported to be reviewing the endoscope negligence lawsuit settlement.

Endoscopes and duodenoscopes are reusable devices employed to investigate, and treat a variety of internal maladies. Due to the high cost of manufacturing, a majority of scopes are re-used. However, cleaning and disinfection of the complex devices has proven a challenge, and protocols for adequate reprocessing have been the subject of ongoing debate in recent years, together with fodder for ongoing lawsuits alleging infection passed between patients from unclean endoscopes and duodenoscopes.

Some so-called superbug infections have been traced to devices that have either proven defective, or have been inadequately sterilized – or both.