Employer Sued Over Testing for Prescription Drug Use

In an interesting twist on employment law, Dura Automotive Systems Inc. in Tennessee is facing two separate lawsuits, both of which involve allegations that the company forced employees to undergo testing for legal drugs – specifically prescription pain killers. 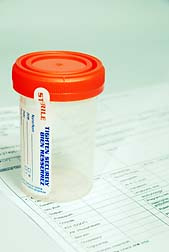 The auto parts supplier apparently had no justification for ordering their employees to be tested. Worse, they took punitive action against the workers who did test positive. Some employees were reportedly fired by executives at Dura because they refused to stop taking their prescribed pain medications, stating that they couldn't work without them. Dura claims that they conducted the tests to keep the workplace and their employees safe.

More employment News
The most recent lawsuit, filed September 11, alleges that the drug tests, which began in 2007, were unlawful medical inquiries under the Americans with Disabilities Act. Further, the Equal Employment Opportunity Commission which filed the suit, also alleges that the automotive parts company screened out persons with disabilities, did not maintain confidentiality with respect to the information it obtained from the drug tests, and took detrimental action against 30 or more employees who tested positive for legally prescribed medications.

The second lawsuit filed on behalf of seven employees, has been stayed pending review. One woman who is a plaintiff in this private class action alleges that she was fired eight weeks after results from her tests showed "positive" levels of "certain chemicals". Reportedly, she suffers from depression and bipolar disorder, and has chronic back pain, and was prescribed certain medications for these conditions. Prior to the drug test, she had never been cited for safety violations at the company.