An anemia drug that is designed to help patients feel less tired is, in reality, beginning to look like it has the capacity to leave patients dead, according to a report yesterday which suggests the US Food and Drug Administration (FDA) has Eprex, manufactured by Johnson & Johnson, under review. 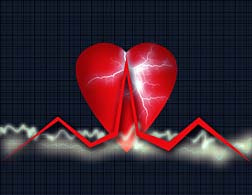 It was revealed Friday that a German study on stroke patients has yielded some alarming findings. A total of 552 participants in the study were administered either a placebo, or a relatively high dose of Eprex for 3 days. According to a statement released by the FDA on September 26th, 16 percent of study patients who were treated with Eprex had died three months after the study commenced, as compared with 9 percent of patients who were given the placebo.

That's a death rate of nearly 2:1, when measured against the placebo.

Eprex is known generically as epoetin alfa, and is part of the class of drugs known as erythropoiesis-stimulating agents. The latter class is approved for the treatment of kidney disease and cancer, and is known throughout the medical community and pharmaceutical industry as ESAs.

However, the German study was launched in an effort to determine if ESAs would be useful for improving brain function in stroke patients—a use that is not approved in the US by the FDA.

ESAs have come under the microscope, and have proven somewhat controversial given the studies that found tumor growth, and shorter survival windows for patients prescribed high doses of ESAs. The FDA mandated beefed-up warning labels for ESAs earlier this summer, and have been monitoring various studies gauging the potential neurological benefits of ESAs.

It was reported that the manufacturer alerted the FDA to the concerns over ESAs, and indicated it would be continuing to monitor the situation. It was also revealed that while Johnson & Johnson provided financing, and supplies for the German study, the manufacturer did not have a role in the design of the study, or its implementation.

More Drugs and Medical Devices News
According to a statement made by the FDA, the federal drug watchdog held that the higher death rate in the German study "suggests the need to closely monitor patients enrolled in other ongoing trials for adverse outcomes and to evaluate whether the potential benefits for enrolled patients outweigh the risks in these trials."

While doctors have the final say in determining whether or not a drug is suitable for unapproved use, it is illegal for a drug manufacturer to promote, or market a drug for a use other than for what it was originally approved. A manufacturer can conduct studies and trials, collect data and hash out conclusions in an effort to seek updated approval status for a drug. Only then could it actively market a drug for a purpose that was, prior to a renewed approval, invalid and therefore illegal in the eyes of the FDA.