Pfizer Inc. has agreed to pay a $2.3 billion to settle an investigation into the company's drug marketing practices. As part of the $2.3 billion settlement, Pfizer will pay a $1.2 billion criminal fine. The fine is reportedly the largest in US history. An additional $1 billion in civil penalties will also be paid by the company. 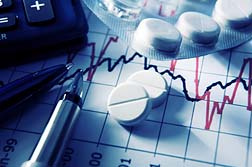 According to Bloomberg (September 2, 2009) the settlement involves Pfizer's sales practices regarding its painkiller Bextra and three other medicines that Pfizer allegedly promoted for uses not authorized by the US Food and Drug Administration.

Although it is not illegal for drugs to be used for "off-label" purposes, it is illegal for pharmaceutical companies to promote the drugs for such uses. Other drugs reportedly involved in the illegal marketing included Geodon (a schizophrenia drug), Zyvox (an antibiotic) and Zyrica (a seizure medication). Bloomberg notes that an investigation into Pfizer's practices uncovered kickback payments to doctors related to the sale of nine drugs, including Viagra and Lipitor.
READ ABOUT DRUGS/DEVICES LAWSUITS

Posted by
joan
on March 14, 2018
Lipitor for 13 years
Posted by
Joan Ruddell
on October 9, 2013
I was prescribed Lyrica for nerve pain for several years. During that time, i made serious uncharacteristic mistakes in judgement, including gambling, moving house to the point where my family was going to do an intervention, (6 times in 7 years). My eyesight deteriorated greatly. My personality changed from happy and well adjusted to far less outgoing. I suffered other symtoms too numerous to mention here. I believe Lyrica should not have been prescribed for my condition. It only made me worse.