Dilantin and SJS: Victims are at "Significant Risk"

It took doctors nearly a week to diagnose Samantha G. with Stevens Johnson Syndrome (SJS), the potentially deadly skin disease. Because there is no official reporting structure for the syndrome in relation to drug interactions, many doctors initially miss (and misdiagnose) SJS, and may not even discontinue the medication, such as Dilantin, that is associated with it.

SJS is usually caused by a severe allergic reaction linked to Dilantin and other prescribed or over-the-counter (OTC) drugs. Along with SJS, other adverse drug reactions include Toxic Epidermal Necrolysis Symptoms (TENS) and Lyell's Syndrome.

Samantha's Story
Ten days after starting a new anticonvulsant drug regime, Samantha, a successful young athlete, noticed a small rash on her arm. Within hours, blisters were forming all over her body. An urgent care clinic in El Paso diagnosed an allergic reaction to the drug she was taking but never told her to stop taking it, instead prescribing an allergy medication. 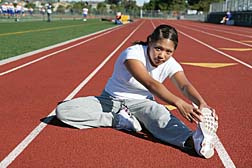 Two days later, "my face was on fire," as Samantha describes it, and the burns were moving down her airway, causing breathing difficulties and her whole body was covered in blisters.

There, an emergency physician immediately diagnosed Stevens Johnson Syndrome, most likely caused by her medication. Samantha was transferred to the hospital's burn unit, where she spent 18 days undergoing painful treatments.

"If only they had known what they were looking at in urgent care, I don't think this would have gotten so bad," her mother says.

Searching for Answers
Dr. Michael B. Whitlow, a dermatologist in private practice, and clinical associate professor of dermatology at New York University Medical Center confirms: "Non-steroidal anti-inflammatories and anticonvulsants tend to have a greater propensity to cause skin reactions. But researchers have yet to pinpoint the specifics of the causes.

"The question of why these drugs, which are of disparate classes and disparate chemical structures, cause skin reactions has yet to be answered."

There is no question about the dangers of SJS or TENS, a similar condition, which can cause up to 80% of patients' skin to slough off. Patients face the risk of infection and death, and are often confined to burn wards.

Notes Dr. Whitlow: "Affected patients are at significant risk for infection because they are essentially similar to burn patients."


No Official Tracking of SJS Reactions

More News
Shockingly, there is no official tracking of SJS in relation to drug interactions, thus precious time is often wasted when the syndrome is misdiagnosed.

As Dr. Whitlow notes: "There are no useful registries of skin reactions, not only for anticonvulsants or psychiatric drugs, but for medications in general, in part because reporting is fairly spotty."

The problem is especially significant when drug reactions emerge after drug trials. "If a drug company is conducting a trial, adverse events will be reported," says Dr. Whitlow. "However, once a drug is marketed, it is difficult to assess the actual number of patients that have taken a drug."

Doctors who have treated patients with SJS can be haunted by what they have seen. According to Dr. Whitlow, the effects of SJS and TENS "make a lasting impression because the consequences for patients can be very negative."