While the $1 billion-plus DePuy Pinnacle bellwether verdict continues to be the source for much water cooler chatter and speculation regarding the potential outcome of future trials, lost in the conversation is the impact the allegedly defective devices are having on DePuy Pinnacle hip replacement patients. 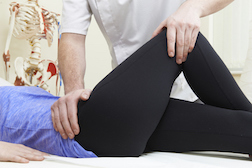 We also sometimes assume – as was the case with the six most recent bellwether plaintiffs – that hip replacement recipients tend to be middle-aged, or older. But that is not always the case.

Meet Kiara Kenneally, a resident of Sandyford in Dublin, Ireland. Kenneally is a plaintiff in a Pinnacle hip replacement lawsuit alleging “personal injuries, upset, distress, loss and damage” that resulted from her metal-on-metal Pinnacle hip.

In a departure from the typical DePuy Pinnacle hip, Kenneally is 27 years old, and was just 16 when she underwent hip replacement surgery on her left side on August 17, 2005.

While there was no reference in the Irish Independent report (01/11/16) as to why the hip replacement was necessary at such a young age, court documents show that Kenneally has undergone two revision surgeries in the last decade and will be in need of two more in the next few years. According to her DePuy Pinnacle lawsuit, the plaintiff’s life “was ruined as a result,” without any opportunity to get back those years of her adolescence and young adulthood.

Court documents also reveal that the allegedly failed DePuy hip implant compromised Kenneally’s opportunity to bond, interact and spend quality time with her infant daughter, who was born in 2010.

With traditional life spans for older-generation hip implants expected at between 15 and 20 years, Kenneally would not expect to revisit her hip implant until well into her thirties. However, that proved not to be the case, in similar fashion to other recipients of the DePuy Pinnacle hip replacement who have alleged failure in as little as five years or less.

The newer-generation metal-on-metal implants were designed to last longer than traditional hip implants, as well as facilitate a more active lifestyle. In reality, the implants have been wearing prematurely, with the added issue of minute metal particles from the cobalt-chromium alloys used in the design, inflaming and compromising surrounding tissue and releasing metal ions into the bloodstream, fostering a condition known as metallurgical toxicity.

An additional concern is the most recent release, by the US Department of Health & Human Services on November 3 of this year, of its 14th report on potential carcinogens. Cobalt and cobalt compounds made the list. While the listing of cobalt was based largely on studies involving animals, the DHHS nonetheless concluded that “the highest exposure occurs in the workplace and from failed surgical implants.”

Revision surgeries are often conducted for metallurgical toxicity, as often as they are for an implant having failed for any other reason.

More DEPUY PINNACLE News
The most recent bellwether Pinnacle recall trial ended earlier this month after jurors deliberated less than a day following a trial that lasted two months. Six plaintiffs were awarded between $4 million and $6 million each in actual damages ($4 million for a single Pinnacle hip, or $6 million in the event of two Pinnacle hips together with medical bills), and an entitlement of $84 million from DePuy Orthopaedics and an additional $84 million from Johnson & Johnson for each plaintiff, bringing the total damages award to more than $1.04 billion.

DePuy Orthopaedics is a subsidiary of Johnson & Johnson.

As the case was tried under California law in this DePuy Pinnacle trial, there is no legislated cap on punitive damages.

DePuy International initiated the DePuy Pinnacle recall in Ireland in August, 2010. There was no specific case information available.

Posted by
Bradley Reeves
on February 6, 2017
I have a Pinnacle II implant that has caused pain and dysfunction ever since implanted a decade ago. Put in when I was 32 it basically ruined my life. I'm legally disabled and lost a promising career as a direct result.