The FDA Shortcut to a Hip Replacement Lawsuit

It was back in 2008 that Hip Replacement Implant Failure caught up with Zimmer, when its Alumina Ceramic Femoral Head component was subject to a Class 2 recall by the US Food and Drug Administration (FDA). According to the official recall posting, Zimmer stated the reason for the recall: “When used with cobalt/chromium hip stems, the average test values for ceramic head bursting falls below the guidance document limits if the taper is made by casting instead of by forging.” 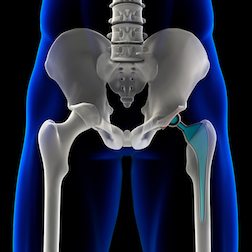 The FDA noted that the cause, in its view, was related to device design.

The recall notice identified that the device had been approved and brought to market through an FDA 510(K) Clearance.

Many a defective hip implant lawsuit has targeted devices that have been approved through the 510(K) Clearance program, a so-called faster track to market where devices with design updates in keeping with devices already on the market and performing up to expectations, are not required to go through rigorous testing.

Common wording used to describe qualification for 510(K) Clearance is “Substantially Equivalent (SESE).” Such was the wording used by the 510(K) review panel when approving Zimmer’s Biolox Delta Ceramic Femoral Head, approved under 510(K) #K071535. There were also two recalls in association with the product, one having to do with product labelling while the other was associated with packaging impacting the sterility of the product tray contained therein.

Stryker Orthopaedics, meanwhile, went through a defective hip recall late last year when its LFIT Anatomic V40 Femoral Heads were recalled due to higher-than-expected reports involving failures of taper locks. The femoral heads are used in association with Accolade TMZF and Accolade 2 stems, as well as stems under the Meridian and Citation brands.

Stryker initiated the voluntary recall August 29 of last year, with the official Class 2 recall created by the FDA on November 9 2016. The recalled device(s) were also approved through a 510(K) Clearance, #K022077.

Prior to the recall, the aforementioned Stryker components were targeted by a hip failure lawsuit in 2014: five lawsuits, in fact were filed in May, 2014 in New Jersey. The primary defendant in the lawsuits are Stryker subsidiary Howmedica Osteonics Corp. According to court documents, the titanium material in the hip stems does not mate well with femoral heads fashioned from a cobalt and chromium alloy, compromising the structural integrity of the hip stem.

More DEFECTIVE HIP IMPLANT News
Plaintiffs in one hip failure lawsuit were Mern Direnzo and her partner, Daniel. Their lawsuit asserted that Mern received a defective hip implant in 2009, only to begin experiencing discomfort soon after from the metal-on-metal hip system. It was eventually revealed, through testing that Direnzo was suffering from metallurgical toxicity (increased levels of metal ions in the blood). Metal toxicity has the potential to lead to serious health issues. As a result, Direnzo had little choice but to undergo revision surgery to have the allegedly defective hip removed.

“Defendant failed to adequately design and manufacture the device to insure that it would not fret, corrode, erode, deteriorate and induce severe metal toxicity in patients,” the Direnzo complaint – in similar fashion to the other complaints filed – stated.

Posted by
CAROL MANIACI
on March 5, 2017
BROKE LEFT HIP IN JUNE OF 2007 AND AN IMPLANT WAS PUT IN, BUT I HAVE NUMEROUS PROBLEMS WITH IT IN CLUDING WHEN HEALED, MY LEFT LEG IS SHORTERBTHAN MY RIGHT WHICH HAS CAUSED ADDITIONAL FALLS AND NOW I CAN'T EVEN GET A PAIR OF SHOES