A group of Democratic lawmakers came together to call for further examination of US Food and Drug Administration (FDA) Medical Device Regulations due to alleged problems with the DePuy Pinnacle hip replacement, according to Mass Device. 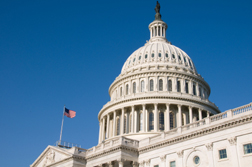 A group of Representatives sent a letter to the Chairmen for the Energy and Commerce subcommittee, as Fred Upton, Joseph R. Pitts and Cliff Stearns were urged to hold hearings in order to examine the medical devices that have affected the lives of many Americans.

Representatives Henry A. Waxman, Frank Pallone, Diana DeGette and John D. Dingell sent the letter requesting the hearings, believing that the serious defects that have developed in patients post-implant represent a problem with the regulation within the industry, the news source reported.

According to the letter, the committee has held four hearings regarding the alleged overregulation that the FDA is responsible for, but there has not been any push to increase the protection for patients who are undergoing significant medical surgeries and implant procedures.

The letter went on to say that the regulation that is provided by the FDA is necessary, and can prevent injuries from occurring due to a lack of testing and oversight on the part of medical companies.

Metal-on-metal hip replacements were one of the targeted items on the letter's list of things that should be regulated more, as these devices have been known to create significant problems and cause harm to patients.

More DEPUY PINNACLE News
According to The New York Times, nearly one-third of hip replacements are now metal-on-metal hip implants, and an estimated 500,000 patients have received an all-metal replacement hip. The letter noted that the sheer number of these procedures would justify increased regulation within the industry.

The letter went on to highlight initial findings by the FDA that showed that because the metal rubs against other metal parts, there may be particles that chip off and enter the bloodstream. The organization also alleged that DePuy and other hip replacements can damage the surrounding tissue and bone.

According to the letter, high levels of metal ions in the bloodstream could cause significant damage, and patients need to be wary of the potential downside to this type of treatment.
READ ABOUT DEPUY PINNACLE LAWSUITS