Will the DePuy Pinnacle Bring the Next Wave of Lawsuits? 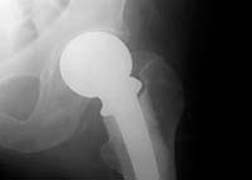 According to The Wall Street Journal (07/08/11), Johnson & Johnson faces approximately 1,000 lawsuits related to its metal-on-metal hip replacement devices. Both the ASR and the Pinnacle are metal-on-metal devices. The ASR devices were recalled following reports of high failure rates in the devices. The Pinnacle has not been recalled.

More DEPUY PINNACLE News
In addition to failure of the hip device—which can result in revision surgery to replace the faulty hip device—some patients say they have developed high levels of cobalt and chromium in their bloodstream, possibly a side effect of metal debris coming loose from the hip replacement device.

According to The Street (07/08/11), Johnson & Johnson could face up to $1 billion in liability and costs linked to the DePuy ASR lawsuits. Many lawsuits filed against Johnson & Johnson have been consolidated in federal court. Whether or not Johnson & Johnson and DePuy Orthopaedics will face a wave of litigation related to the Pinnacle remains to be seen.

Posted by
Cheryl Walker
on July 31, 2011
I was a "so called recalled knee " BUT when I was under anesthesia I had gone under with One Clear Agreement...... I also have the Surgeons Request to my HealthChoice Insurance that they approved his SAME Clear Agreement..... He was implanting the SAME #1 Knee System he had JUST put in my Left Knee 6 months Before.

That is not what I woke up to. It is what I find after my attorneys, Patrick and Jason Ryan also Darren and Larry Tawwater hung me out without telling me the truth. What is found later is the Surgeon in letter admitting to putting the CEMENTLESS Knee System in my knee. This system was to be only Cemented in, it was to be put in a revised patient, and an older less active patient.

I was 46 years old, extremely active Coaching high school basketball, I was having my Original Replacement, and 46 is a young patient.

I lost everything, I am no longer able to work, I had to have 3 total replacements all in 15 months, the nerve and muscle damage is beyond repair. One of the largest issues now is a battle with still not being able to get accurate records. I have horrible sores on my face that have come and gone for over 4 yrs. I now, the past 2 1/2 never go longer than maybe 2 or 3 weeks spot and miss in the entire year. My skin burns and I am miserable.

Patients, do not sign up without knowing some information about... Were you told you were receiving something new on the market? What does your Insurance request say your Surgeon asked them to pay for? Do Not allow your life to be picked apart because your health will not get better.

One other thing, do not fail to question everything. I did ask the right questions but my attorneys answered me and the surgeon answered in my face with bald face lies. Know the difference and do not tell yourself as I did, " Well, they have to be honest, they are in contract with me!" " well, they have made an oath of honor."

You, must walk and find someone else even if they have to share it, do not be pushed around.


Posted by
Fred Hetzel, Ph.D.
on July 31, 2011
Lisa C. The DePuy ( J&J ) Pinnacle hip system ( as sold to surgeons ) can be constructed in three configurations of the ball and liner:

Each of the above ball and socket arrangement is at the choice of the surgeon.

I am a plaintiff testifying expert on the ASR and Pinnalce recalls and failures. Also, I operate a hip device recall recovery service where we assist in acquiring hip explants from the surgeon/hospital and documenting there condition and preserving the devices for litigation.