Truth remains supreme in the courtrooms of America and the facts revealed in the recent litigation against Johnson & Johnson and its subsidiary DePuy Orthopaedics Inc. tell a “shocking” story of “fraud and conspiracy”, says attorney Jayne Conroy from the firm of Simmons Hanly Conroy of New York. 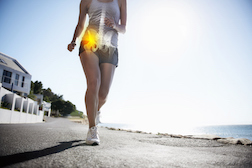 Conroy is part of the executive team of lawyers representing clients in an MDL case involving DePuy Pinnacle metal-on-metal hip replacements in a trial that lasted two-and-a-half months. She and her team helped to secure a mass $1 billion verdict on December 1, 2016 on behalf of six clients that alleged their health was seriously injured by faulty DePuy Pinnacle metal-on-metal hip replacement devices.

The jury returned its verdict after just one day of deliberations.

“We were in trial five days a week from 9 to 5 and I will say the jury took very careful notes throughout. We started telling them what we going to prove and we proved it. So I am not surprised they were able to reach a verdict that quickly. And the evidence is just overwhelming,” Conroy says.

The evidence the jury found so compelling was information, testimony and documents that showed that Johnson & Johnson was aware of issues with the implants but chose to keep it to themselves.

At the same time doctors in the US were offered financial incentives to promote the device to their peers. Johnson & Johnson and DePuy referred to these doctors as “design surgeons”.

“What we saw was doctors who were very popular among their peers who were considered ‘thought leaders’,” says Conroy. “They were what was called a ‘design surgeon’.”

According to the trial transcript from VOLUME 2 - TRIAL TRANSCRIPT - OCTOBER 3, 2016, attorney Mark Lanier, one of the attorneys for the plaintiffs, in his closing remarks to the jury said, “This is a company that spends over almost $200 million on the design surgeons that don't really do anything!”

“They (DePuy) got hit for an $84 million dollar payment. Because the Department of Justice was after them under the anti-kickback laws for kickbacks to doctors, for an illegal payment scheme to these doctors,” said Lanier according to the transcript.

In 2007, the Department of Justice ordered DePuy to pay $84.7 million for violating anti-kick laws in the US for payments made to doctors to promote DePuy implant.

However, during the trial a DePuy employee denied the company had done anything wrong and said it had only paid the fine to settle the case and get rid of a “headache”.

At the trial, in the closing arguments, Attorney Lanier asked the jury to find for the plaintiffs on “Question 19: Aiding and Abetting (Johnson & Johnson) and Fraudulent Concealment”.

Specifically the question to the jury was did “Johnson & Johnson knowingly give substantial assistance or encouragement to the fraudulent concealment from Plaintiffs’ implanting physicians of DePuy Orthopaedics Inc., if any, related to Pinnacle Ultamet?”

The jury form indicates that the jurors all answered yes and agreed with the plaintiffs’ allegation that doctors had been given financial incentives.

“The part that is really shocking,” says Conroy, “is that Johnson & Johnson also lied about the science.”

One of the key findings of the trial was that the DePuy and J & J had knowingly supplied incorrect success rates for the device.

Specifically, the case is focused on a particular version of the Pinnacle hip system. It is the Ultamet version of the device which has a metal socket liner instead of a polyethylene or ceramic liner. It came to market without significant testing because it was similar to a variety that predated 1976.

The DePuy metal-on-metal implants contain a number of different metallurgic components including chromium cobalt. Friction produces metal debris which can impact a patient’s health. The risk of cancer has been investigated but as yet, there are no conclusive studies that confirm that it causes cancer in hip implant patients.


There are some 8,500 plaintiffs with DePuy implants now participating in MDL cases against Johnson & Johnson and its DePuy subsidiary. The claims allegedly found that the implants failed, and or, lead to severe health problems including pain, metal poisoning, tissue damage, cysts and tumors and further damage to the hip cavity where the implanted was placed.

This most recent verdict is the second in favor of the plaintiffs. Another trial is scheduled for next September, again in Dallas, Texas in front of the same judge. The plaintiffs in this December verdict were all from California.

More DEFECTIVE PRODUCTS News
“Johnson & Johnson will appeal these verdicts because that’s what they do but those are very significant liability verdicts,” says Conroy. “And these are verdicts with all sorts of different plaintiffs, different ages, plaintiffs who had the devices implanted by different doctors and plaintiffs from different states.

“Our clients are very happy but they have been through hell with these hips,” says Conroy. “They know this is a long process and they still have to go through an appeal but they are happy that the trial is over and that the jury found for them.”

LAS reached out to J & J for comment on the case but received no reply.

Posted by
Tim Petri
on October 12, 2017
I had a pinnacle ceramic on poly in 2011. 14 months later i had 11 dislocations/ Ambulance trips to ER to be sedated and have a few male nurses jump up and jam my hip into place. I lost almost all my memory from so many sedations abd the reason I had to have so many dislocations because my doctor who did the original surgery did live on the internet as a worldwide live presentation to sell that part he was putting in me so when I became ill and my leg fell off 11 times he pretended he didn't know me because my surgery was still running in his Hospital website YouTube and a bunch of other sites trying to sell that part I had to find another surgeon out of town to do a revision and he said he'd never heard of anybody in the world have any Levin dislocations and 11 weeks. Due to the delay in my revision my disease in my bones spread to my other hip and have since had four more hip surgeries now I have both hips replaced. My concern is that when I started out in 2011 it was all the talk was the part of the Pinnacle in general was faulty and it fell apart and it wasn't a good design. In later years now in the court they're talking only of metal on metal and blood in the metal in the blood. I'm in the 8000 mdl in Houston and I'm wondering if they're going to try and pinch me and all the others out of any settlement bevause our pinnacles were ceramicon poly not metal on metal even though my damages were much worse then 90% of the mom patients.
Im hoping some lawyer or anyone thats involved in the MDL in Houston knows any inside infoon this. My biggest fear after 6 hip surgeries abd inability to work and provide for my family is that at the end of this only those with mom pinnacles will het a settlement. If you have ANY up to date legit knowledge about this please email me asap and fll me in.

Posted by
Ronald. Scott.
on January 23, 2017
I had a pinnacle put in 2009 and revision on 2012 i am so thankful that someone finally listed to my complain from 2009.
Posted by
Jacqueline Berry
on January 15, 2017
AT the time of my particular hip replacement, I questioned my surgeon about this device because of the attention it was receiving. His response was..."It's like Kelloggs Cereal....there are a number of different varieties. I specifically inquiries about the DePuy and he assured me it was just fine. NOT so. In addition, now my right leg is shorter than my left, and I walk with a painful limp. Suggestions?
Posted by
Leslie fannin
on January 15, 2017
Yes I've had a lot of problems with my right hip I had a total hip replacement in 2004 and a revision surgery in 2012 and I have a lot of pain and hard time walking and tissue damage and it is a DePuy pinnicle