The Depakote Dilemma: Seizure or Side Effects

Sandra has been taking Depakote as a treatment for epilepsy for several years and for the first two months of her pregnancy. “As soon as I found out that I was pregnant I stopped taking it, but I worried that Depakote’s damage had already been done,” she says. 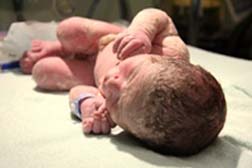 Sandra’s doctor advised her to withdraw from Depakote gradually so that her chances of having a seizure would be lessened. But that didn’t sit well with Sandra. She had a tough decision: would a seizure be more dangerous to her unborn baby than Depakote side effects?

“After researching the side effects and reading interviews from distraught parents whose babies were born with Depakote birth defects, I chose to go against my doctor’s recommendation,” says Sandra. She chose to stop Depakote cold turkey.

“Now I wonder how long Depakote stayed in my system and what are the chances that it caused my son to be born with a cleft palate and lip,” she says. “He can have corrective surgery in a few years, but every day, every time I look at him, I feel guilty. If only I had known sooner that I was pregnant, maybe those two months on Depakote did this. And what if I took my doctor’s advice? My son could be autistic or have severe neural problems.” Valproate can also cause major congenital malformations, particularly neural tube defects (e.g., spina bifida). The FDA has warned health care professionals and patients since 2009 about the increased risk of neural tube defects and other major birth defects, such as craniofacial defects and cardiovascular malformations, in babies exposed to valproate sodium and related products (valproic acid and divalproex sodium) during pregnancy.

More DEPAKOTE BIRTH DEFECT News
The Pharmaceutical Journal on November 19, 2013, issued a statement to health professionals, including pharmacists, reminding them not to give sodium valproate (which is available as Depakote) to pregnant women or even women who could become pregnant. Research indicates a potential risk of children being born with autism or neural disorders if the mother took Depakote during pregnancy. The Medicines and Healthcare Products Regulatory Agency is reviewing the medication’s safety by the European Medicines Agency.

Meanwhile, the lawsuits against Abbott Laboratories, the Depakote manufacturer, are mounting. Recent lawsuits allege it engaged in illegal marketing practices (Re Abbott-Depakote Shareholder Derivative Litigation, 11-cv-08114, U.S. District Court, Northern District of Illinois). Depakote sales reps supposedly marketed Depakote to nursing home patients with dementia, although scientific studies have not shown any benefits of the drug in treating this condition.