Depakote a Bitter Pill After Recent Verdict for Abbott

The Depakote verdict in a recent bellwether trial cleared the drugmaker of responsibility for a child’s birth defects. Abbott Laboratories did not deny that Depakote caused the plaintiff’s spina bifida but argued that the mother understood the risks of both taking and not taking the epilepsy drug. 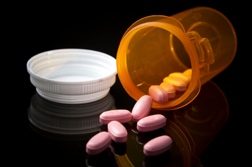 The Depakote verdict on March 20, 2015 is not good news for Serena (not her real name), whose child was born with myelomeningocele, a most serious form of spina bifida. “My son has bowel and bladder problems, including the need for catheterization,” she says, “and his ankles and legs are very weak. We are told that he will require braces when he is ready to walk, and that should be real soon.” Serena’s son is 18 months old. “I have talked in-depth with his pediatrician and a surgeon who have both explained to me and my husband that he potentially faces more surgeries depending on his hindbrain herniation.”

In some cases of spina bifida, the protrusion of the spinal cord creates a change in the flow of spinal fluid that may pull the brain stem into the base of the skull, which is known as hindbrain herniation. According to the National Institutes of Health, children with myelomeningocele are subject to blockages that hinder or shut off the circulation of cerebrospinal fluid in the brain. The resultant fluid buildup can be life-threatening, and so a tube, or shunt, is inserted into the brain to drain the excess fluid into the abdominal cavity. These shunts are susceptible to blockage and infection, and may require many replacements during the patient’s lifetime. Most individuals are unable to walk unassisted.

A recent study found that babies subjected to their mothers’ use of valproic acid during the first trimester were 12.7 times more likely to have spina bifida compared to babies whose mothers did not take the drug. Serena took Depakote during her first trimester - until she discovered that Depakote is associated with birth defects. Serena claims that she never discussed the risks with any doctor. Unfortunately, she didn’t read the Depakote warning label, which is now a black box warning.

District Judge Nancy Rosenstengel conducted the proceedings for Danny Kaleta, who was born with spina bifida in 1999, as a bellwether trial. (Judges often hold bellwether trials when many lawsuits involve similar claims; they are more cost-effective and guide settlement negotiations in a timely manner.) Two more Depakote bellwether trials have been scheduled with Judge Rosenstengel.

During the trial, Mary Kaleta, Danny’s mother, said she didn’t remember discussing valproic acid (known to cause birth defects during the first trimester) with her neurologist. However, his notes showed that Kaleta was informed of all risks and she chose to take risks associated with Depakote than the risks a seizure could cause her baby.

More DEPAKOTE BIRTH DEFECT News
The Kaletas claimed Depakote was defectively designed, inadequately tested, dangerous to human health and the health of unborn babies, and lacked proper danger warnings. The Kaletas sought $30 million in damages to include disfigurement and anguish, pain and suffering, loss of enjoyment of life, loss of earnings, profit, and salary, medical expenses, permanent mental and physical impairment, interest, and costs of suit.

Abbott argued that warnings in its paperwork and labels regarding the risks of mothers using Depakote while pregnant were comprehensive. Abbott further showed that Mary Kaleta weighed the risks and chose to continue to take Depakote and that Abbott was not liable for the outcome of her decision, according to attorney editors on the LexisNexis Jury Verdict team. The case is: In Re Depakote: D.W.K., Jr. and parents Mary and Daniel Kaleta v. Abbott Laboratories, Inc; 2015 JuryVerdicts LEXIS 2031

Serena is optimistic that her day in court may have a completely different outcome.