Mother’s Warning: Do Not Take Depakote

Diane doesn’t intend to pursue a Depakote lawsuit. Instead, she filed a claim with LawyersandSettlements so that she could make public her message: Do not take Depakote if you are pregnant or even if you could become pregnant. 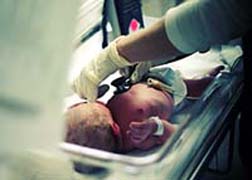 Diane (not her real name) has two healthy, bright children. They were born before she was prescribed Depakote in 1996 to treat her bipolar condition and migraines. In 1999, Diane discovered she was pregnant and about six weeks along. She immediately stopped taking the drug, despite her psychiatrist - and two more since - insisting she stay on the anti-seizure medication.


“I know I was taking a high dosage of Depakote because it turned me into a zombie for the first few years,” Diane says.
“My doctor increased the dosage to twice daily and I was barely able to work. When I got home from work, I wouldn’t even interact with my baby boy; it was an effort to even feed him.” Now Diane wonders if her actions contributed in any way to her son’s behavior, but she is certain that Depakote played a major role.

“My son was born perfectly healthy but he developed into an antisocial bully - starting in day care,” Diane explains. “Thankfully, I caught that behavior and worked with him on it, but he has issues with any kind of change, such as a new school or moving to another city. It freaks him out.”

Diane put him in therapy, twice. She says he was very resistant; he wouldn’t talk or interact in any way but she told him that he could either sit in therapy and do nothing or make an effort to talk, and either way he was going. Fortunately, her son is finally making an effort.

“Although he hasn’t been diagnosed with Asperger syndrome, my son has all the traits,” Diane says. “He chose friends who were mentally challenged so he could control them, and if not, they picked on him. My son is now 15 but he has always been immature. He doesn’t think of consequences and he has temper tantrums. And we thought he would have cognitive problems, which is also associated with Depakote birth defects. Especially when it comes to reading: he would have problems comprehending. He can read but doesn’t understand. He is very intelligent but very stupid when it comes to common sense.”

A study published in the journal Neurology found a correlation between pregnant epileptic women who took the active ingredient in Depakote (Valporate) and autism in their children. A recent Danish study published in the Journal of American Medical Association (Valproate Pregnancy Risks, June 2013) determined that Depakote can increase the odds of a child being born with autism five-fold. Further, mothers taking Depakote during their pregnancy risk giving birth to a child with a three-times higher risk of autism spectrum disorders, including developmental disorders like Asperger syndrome. Ironically, Depakote is also prescribed to children with autism and developmental issues.

More DEPAKOTE BIRTH DEFECT News
Diane has researched the link between Asperger syndrome and Depakote. And she is far from alone. Karin told LawyersandSettlements that she took Depakote during the pregnancies of her two sons. “They have both been diagnosed with fetal valporate syndrome, Asperger Syndrome, and Autism Spectrum Disorder,” she said. “My sons have to live with permanent, developmental disabilities caused by Depakote. Expenses alone include diagnosis, treatment, therapies, educational support and other lifelong supports and services.”

“I don’t care about suing or getting money from the Depakote manufacturer, I just want to inform people,” says Diane. “Women have to say NO to Depakote if they have the slightest inkling of getting pregnant.”