Medtronic devices which have been around since 1988 and 1999 respectively have been the focus of much scrutiny in recent years, with the most recent concern landing earlier this year with a Class 1 recall related to software associated with the SynchroMed Implantable Infusion Pump. A Class 1 recall, about which anyone considering a Medtronic SynchroMed recall lawsuit would appreciate knowing, is the most serious of the three recall classifications maintained by the US Food and Drug Administration (FDA). 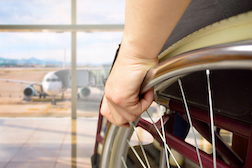 The SynchroMed II and SynchroMed Implantable Drug Infusion Pumps, made by Medtronic, are programed to deliver prescribed drugs to a specific site inside the patient’s body, typically the spine. The FDA issued a Class 2 recall nine years ago, in May of 2008, in response to reports of shaft wear and potential misconnections of the Medtronic sutureless connector (“SC”) catheters from the catheter port on the pump. The Medtronic Neuromodulation INDURA IP recall was prompted by the potential for life-threatening blockages.

The following year, in 2009 Medtronic was faced with two recalls: pacemakers marketed under the Kappa and Sigma brand, followed by a Medtronic insulin pump recall involving its MiniMed Paradigm insulin pumps. That same year, in June the FDA took Medtronic to task for taking too long to recall the defective SynchroMed II pumps recalled 13 months prior. The FDA also reminded Medtronic the device maker knew about deficiencies at a manufacturing facility in Puerto Rico nearly two years before triggering the recall in May, 2008.

In 2012 Medtronic issued a safety communication to its customers over the potentiality for double the rate of device failure should unapproved drugs be used in concert with their SynchroMed pumps.

By 2015 it appeared as if the FDA had reached the end of its rope – after issuing dozens of letters to Medtronic over various issues with its SynchroMed pumps – and the regulator initiated what was characterized as a manufacturing ban on the Medtronic SynchroMed II Implantable Infusion Pump Systems.

How all this impacts the individual is best illustrated by drilling down into the Medtronic lawsuit filed by Richard and Mary Lou Stengel in Arizona, in 2010.

“Over the next few years, Medtronic became aware that a granuloma (a nodule of inflammatory cells) could form at the tip of the catheter, which had the potential to paralyze the patient.

“Medtronic did not report this problem to the FDA,” the lawsuit says. “Meanwhile, in October 2000, in Tucson, Arizona, Richard Stengel had the Medtronic infusion pump and catheter system surgically implanted. The catheter was implanted inside the membrane surrounding his spinal cord. The pump delivered pain medication through the catheter tip directly to his spinal cord.”

Court heard that Stengel suffered a fall in 2005 after experiencing decreased sensation in his right leg, and difficulty with urination. An initial consultation with a neurosurgeon failed to diagnose the problem, as the doctor was unaware, according to court records, that the “Medtronic infusion pump could cause a granuloma to form at the catheter tip.”

Stengel was seen by a second physician a few days later, who noted in a subsequent evaluation that Stengel was continuing to experience “ascending paralysis in both legs.” The second consulting physician suspected a granuloma based on prior experience with a previous patient, and ordered tests which confirmed a granuloma caused by the Medtronic pump catheter tip had caused a complete blockage of the spinal fluid, “and compressed the spinal cord at the T12 level in his spine,” the lawsuit said.

More MEDTRONIC SYNCHROMED News
“More than a year later, between November 2006 and January 2007, during inspections of a Medtronic manufacturing facility, the FDA discovered the problem caused by the infusion pump and catheter system and Medtronic’s extensive under-reporting of adverse events.”

The lawsuit went on to allege that Medtronic knew as early as 2001 with regard to the possibility of an inflammatory mass developing at the catheter tip.

“Mr. Stengel and his wife filed suit against Medtronic in an Arizona state trial court,” stated documents issued by the plaintiffs in the Medtronic lawsuit. “The complaint alleged state-law claims of strict liability, breach of warranty, and negligence, including negligent design and negligent failure to provide adequate warnings. Medtronic removed the case to federal court on diversity grounds and moved to dismiss based on preemption.”

If you or a loved one have suffered losses in this case, please click the link below and your complaint will be sent to a defective products lawyer who may evaluate your Medtronic SynchroMed claim at no cost or obligation.
Request Legal Help Now

Posted by
synchrotruth
on December 21, 2017
The Truth Behind Synchromed

Everyone interested in Medtronic Synchromed range of pumps please check this Youtube video titled “The Synchromed Pump. How the deaths, pain, and suffering would have been prevented?”. This video allows you, the viewer, to made aware of the horrifying discovery that as early as 1998, Medtronic had already known about the numerous dangerous risk events and side effects which have since resulted in the many deaths, injuries, and health complications associated with the use of its range of Synchromed Infusion Pumps.
youtu.be/bhwOqxJ-U58

Posted by
Barbara Marchant
on July 20, 2017
I had Medtronic model 8637-20 implanted on 04-28-09 for back pain and spasticity. I have Multiple sclerosis. Tried several drugs in pump without success. On 04-22-13, With Medtronic advise my doctor put in dilaudid and set the pump to bolas. My husband drove me home and by the time I reached home I was dead in the car, not breathing and no heart beat. I was revived with Narcan but my heart kept on failing because the pump continued to pump out dilaudid. My doctor and a Medtronic employee came to the hospital and emptied the pump. I spent 5 days I believe in ICU and was then discharged in severe pain. The pump was removed on 7-23-13 and I had to have a second spinal repair surgery 8-01-13. Additional back surgery is now impossible and I can not take any narcotics stronger than Tramadol for pain. I could not find a lawyer who wanted to take on Medtronic or my pain doctor. I suffer from nightmares and pain. I believe I had some heart damage but can not prove it. My husband also suffered emotionally from this . the emotional pain from this has had a lasting effect. My husband is 83 and I am 68 and I have never fully recovered.