Infusion Pumps, Medtronic SynchroMed Among Them, Remain Under Scrutiny

The honeymoon the then-fresh Obama Administration was still largely enjoying in 2010 was nonetheless tainted two years into Barack Obama’s Presidency with revelations that hundreds of Americans supposedly had died due to malfunctioning infusion pumps. The Medtronic SynchroMed pump was among the plethora of infusion pumps that were coming under increased scrutiny by the US Food and Drug Administration (FDA) at the time. 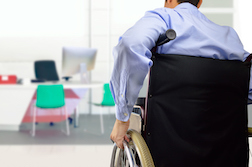 A compelling article published in The New York Times (04/23/10) set the backdrop for the FDA concern. The FDA Center for Devices and Radiological Health (CDRH) had, by 2010 received no fewer than 710 reports of deaths associated with use of infusion pumps. The New York Times reported the Center had also received more than 10,000 complaints annually about infusion pumps from 2005 to 2009, during which time manufacturers issued 79 recalls, among the highest for any medical device.

At the time, according to The New York Times report, manufacturers would conduct ‘simulated’ tests on their devices, rather than real-world tests. Manufacturers acknowledged at the time that most problems with infusion pumps could be traced to data errors when the infusion pump is programmed for the individual patient. The FDA, however disagreed with that assessment, indicating that many deaths and injuries related to infusion pumps had more to do with design and engineering problems inherent with the devices, rather than user error.

“Over the next few years, Medtronic became aware that a granuloma (a nodule of inflammatory cells) could form at the tip of the catheter, which had the potential to paralyze the patient.

“Medtronic did not report this problem to the FDA,” the lawsuit says. “Meanwhile, in October 2000, in Tucson, Arizona, Richard Stengel had the Medtronic infusion pump and catheter system surgically implanted. The catheter was implanted inside the membrane surrounding his spinal cord. The pump delivered pain medication through the catheter tip directly to his spinal cord.”

Court heard that Stengel suffered a fall in 2005 after experiencing decreased sensation in his right leg, and difficulty with urination. An initial consultation with a neurosurgeon failed to diagnose the problem, as the doctor was unaware, according to Court records, that the “Medtronic infusion pump could cause a granuloma to form at the catheter tip.”

Stengel was seen by a second physician a few days later, who noted in a subsequent evaluation that Stengel was continuing to experience “ascending paralysis in both legs.” The second consulting physician suspected a granuloma based on prior experience with a previous patient, and ordered tests which confirmed a granuloma caused by the Medtronic pump catheter tip had caused a complete blockage of the spinal fluid, “and compressed the spinal cord at the T12 level in his spine,” the lawsuit said.

“More than a year later, between November 2006 and January 2007, during inspections of a Medtronic manufacturing facility, the FDA discovered the problem caused by the infusion pump and catheter system and Medtronic’s extensive under-reporting of adverse events.”

The lawsuit went on to allege that Medtronic knew as early as 2001 with regard to the possibility of an inflammatory mass developing at the catheter tip.

“Mr. Stengel and his wife filed suit against Medtronic in an Arizona state trial court,” stated documents issued by the plaintiffs in the Medtronic lawsuit. “The complaint alleged state-law claims of strict liability, breach of warranty, and negligence, including negligent design and negligent failure to provide adequate warnings. Medtronic removed the case to federal court on diversity grounds and moved to dismiss based on preemption.”

More MEDTRONIC SYNCHROMED News
“Medtronic is recalling the SynchroMed Implantable Infusion Pumps because a software problem may cause unintended delivery of drugs during a priming bolus procedure, used to quickly deliver large dose of medication from the device to the patient’s spine,” The FDA noted in its official release of the 2013 recall. “During this procedure, patients may receive the drug unintentionally at a high rate of infusion in the cerebrospinal fluid followed by a period of reduced drug delivery after the priming bolus. This can result in a drug overdose or under dose which can lead to serious adverse health consequences such as respiratory depression, coma or death.”

The manufacturing and distribution dates of the devices represented by the Medtronic insulin pump recall were identified as September, 2013 through October 3, 2016.
The FDA subsequently updated the recall on October 7 of last year to reflect “a software change to the Synchromed [sic] II application contained on the Model 8870 software application card,” the FDA said. “This change will correct the priming volume associated with the priming bolus function. They also updated the labeling related to the software change and priming bolus function.”

If you or a loved one have suffered losses in this case, please click the link below and your complaint will be sent to a drugs & medical lawyer who may evaluate your Medtronic SynchroMed claim at no cost or obligation.
Request Legal Help Now

Posted by
Alan Davey
on November 15, 2018
I have that pump. I was warned about the problem and was told if I felt overly sleepy and became sluggish. I needed to get to the hospital and have a magnet put on it. They said it would stop the pump. I later requested to be taken off the morphine. The last day of adjustment the pump failed. I was told I would hear from the company rep. I never have. I still have the pump in me. I was never told of a repair available. I lived in fear until I had the dose lowered.