Were you looking for Medtronic Insulin Pump lawsuits?

Send your Medtronic SynchroMed claim to a lawyer who will review your claim at NO COST or obligation.
GET LEGAL HELP NOW 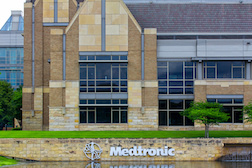 The SynchroMed II and SynchroMed Implantable Drug Infusion Pumps, made by Medtronic, are programed to deliver prescribed drugs to a specific site inside the patient’s body, typically the spine, to treat primary or metastatic cancer, chronic pain or muscle spasticity. But Medtronic in August 2007 reported that its SynchroMed pumps have stalled at unusually high rates, allegedly due to shaft ware. This stalling stops drug delivery without warning, and patients can experience return of their pain symptoms and drug withdrawal due to of accidental overdose or under-dose.

Medtronic SynchroMed Recall The 2017 FDA warning, updated from its SynchroMed II and SynchroMed EL Implantable Drug Infusion Pumps recall in 2013, classifies the infusion pump as a Class I recall, the most serious type of recall, meaning that use of these devices may cause serious injuries or death.

This latest recall—in March 2017—involves the SynchroMed Implantable Infusion Pump software problem, which may cause unintended delivery of drugs during a priming bolus procedure, used to quickly deliver large dose of medication from the device to the patient’s spine. The 2017 FDA warning also states that during this procedure, patients may receive the drug unintentionally at a high rate of infusion in the cerebrospinal fluid followed by a period of reduced drug delivery after the priming bolus. Should this drug overdose or under-dose occur, it can to serious adverse health consequences such as respiratory depression, coma or death.

A Class 2 FDA recall in 2008 was prompted by potential misconnections of the Medtronic sutureless connector ("SC") catheters from the catheter port on the pump. The Medtronic Neuromodulation INDURA IP recall was prompted by potential for life-threatening blockages. The intrathecal catheter or intrathecal catheter revision kits use a sutureless connector for the final connection to the implanted Medtronic SyncroMed II, SynchroMed EL, and IsoMed infusion pumps. The catheter is part of an infusion system that stores and delivers parenteral drugs to the intrathecal space. The product models included in the recall are: At the end of 2012 Medtronic sent a letter to customers warning that use of unapproved drugs with its SynchroMed pumps can more than double the rate of device failure.

In August 2016 a Pennsylvania man filed a Medtronic SynchroMed II lawsuit claiming that problems with the infusion pump caused him to receive an over-delivery of pain medication, resulting in severe and permanent injuries.

Jason Silver filed the complaint in the U.S. District Court for the Middle District of Pennsylvania, alleging that Medtronic designed a defective device prone to malfunctions that may cause serious medication problems. Silver had the implant to treat chronic pain in December 2012. By 2014 the Synchromed pump malfunctioned and caused Silver to overdose, causing severe pain, nausea and a lack of mobility that required hospitalization. Silver accuses Medtronic of defective manufacturing, failure to warn, negligence, breach of warranty, negligent misrepresentation, and violation of Pennsylvania unfair trade practices and consumer protection laws. (Case 1:16-cv-01682-JEJ)

In 2012 Richard Stengel filed a complaint alleging a faulty SynchroMed pump left him paralyzed, and that Medtronic “dragged its feet in informing the FDA about manufacturing problems with the implant,” according to Fierce Biotech. Stengel’s lawyer argued that, if Medtronic immediately reported problems with its pumps, doctors would not have used the devices and his injury wouldn’t have occurred.

Courthouse News Service reported that Stengel and his wife filed the complaint in Arizona state court after Richard was left permanently paraplegic from an inflammation that developed at the tip of his surgically implanted Medtronic SynchroMed EL Pump and intrathecal catheter. After Medtronic removed the case to federal court, U.S. District Judge Raner Collins found federal law pre-empted each of the Stengels' four generic claims.

If you or someone you know suffered an injury related to the SynchroMed II infusion pump, consider legal help. Attorneys are investigating cases involving various infusion complications, including overinfusion, underinfusion and pump defects.
Please click here for a free evaluation of your Medtronic SynchroMed claim
Last updated on May-18-17

Medtronic SynchroMed Plaintiff Loses Case, But Will He Appeal?

Sacramento, CA: A Medtronic SynchroMed Infusion pump lawsuit brought by a plaintiff who without doubt suffered as the result of an allegedly defective medical device, saw his case lost due to legal precedent and various legal roadblocks that preempted his claims and assertions under a Medical Device Amendment (MDA) to the Food, Drug, and Cosmetic Act (FDCA).READ MORE
Medtronic SynchroMed Infusion Pump: a History of Problems

Harrisburg, PA: The dog-eared adage suggesting ‘there is a place for everything, and everything in its place’ certainly applies to marketing undertaken by the pharmaceutical and medical device communities: witness television commercials expounding upon the virtues of a drug, only to have a litany of potentially serious side effects narrated by a nonetheless welcoming voice amidst pleasant music and comforting scenes. Similarly, medical device manufacturers duly note the shortcomings of their devices on their websites, but only after you land on the home page that boasts the virtues of their product. Meanwhile, the plaintiff filing the Medtronic SynchroMed lawsuit, for example, shakes his head as he recalls the time the life-saving device allegedly landed him in the hospital.READ MORE
Infusion Pumps, Medtronic SynchroMed Among Them, Remain Under Scrutiny

Washington, DC: The honeymoon the then-fresh Obama Administration was still largely enjoying in 2010 was nonetheless tainted two years into Barack Obama’s Presidency with revelations that hundreds of Americans supposedly had died due to malfunctioning infusion pumps. The Medtronic SynchroMed pump was among the plethora of infusion pumps that were coming under increased scrutiny by the US Food and Drug Administration (FDA) at the time.READ MORE

Posted by
Jamie Carr
on February 17, 2019
I've had 5 pain pump surgeries. From the catheter malfunctions coming undone from the pump to getting these knots the size of an olive on the outside of my back. Spinal headaches everyday more so when I give myself my bolus. As I'm writing this another one of those knots are on my lower lumbar spine. So that means another Roller Dye Study to find out where the issue is of this pain pump is. I've had 3 pain pumps in my lower left side of my stomach and then the doctor decided to take the pump and put it in my lower left side of my back. So what does a person do when they've tried to have it taken out and you get so sick from them lowering the dosage you start to go through withdrawal. So I see my Surgeon on the 26th of Febuary but looks like it will be this week. Thank You
Posted by
JoAnne White
on October 22, 2017
I have had nothing but issues with my pump. At least two surgerys due to malfunctions and catheter breaks.