A Hip Replacement Implant Failure lawsuit that might have lost to the plaintiff had assertions by the defendant been supported by the Court, will go ahead nonetheless after a US District Court judge ruled that the plaintiff had sufficient grounds to proceed. 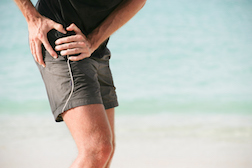 According to the Rhode Island Lawyers Weekly (11/17/16), plaintiff Janice Gulluscio underwent a complete replacement procedure to her right hip in September, 2003. She received the Trident Acetabular System, a product manufactured by Stryker Corp., a leading supplier of artificial hips and other medical devices.

In February of 2013, less than ten years after the initial procedure, Gulluscio suffered what has been alleged in court documents as a failure of the Trident hip system, resulting in a fall. Injuries alleged to have been sustained by the plaintiff included a broken wrist, a fracture to her spine, and a broken tooth together with various bruises and contusions.

In response to the allegedly failed hip implant, Gulluscio underwent a second procedure to remove the Trident implant and replace it.

Artificial hips have, historically, promoted a useful lifespan of 15 years with normal use. A more recent breed of artificial hips, featuring the inclusion of different materials, were designed to take advantage of a growing market given the aging Baby Boomers, and in consideration of a demographic that is increasingly more active later in life than a previous generation.

To that end the more recent-generation hip replacements were designed to complement a more active lifestyle with a lifespan exceeding 15 years.

For Gulluscio, that wasn’t the case. The plaintiff alleges in her hip failure lawsuit that her Stryker trident Systems hip failed prematurely, leading not only to pain from injuries she sustained in the fall, but also the pain and inconvenience associated with having to go through revision surgery. Such procedures can be more complex, and risk greater complication, than the initial surgery.

Gulluscio launched a hip replacement lawsuit against Stryker Sales Corp., Stryker Sustainability Solutions and Stryker Orthopedics Corp., alleging the defendants were negligent in the design, manufacture and marketing of the Trident Hip she received. The plaintiff also alleged failure to warn, together with breach of express and implied warranties that the Trident system was safe and effective.

More DEFECTIVE HIP IMPLANT News
According to court documents in the case (Gulluscio v. Stryker Sales Corporation, et al. Case No. 1:16-cv-00293, US District Court, District of Rhode Island), the defendants argued that Gulluscio was short on facts relating to her allegations of a warranty breach, and presented insufficient data to support her case.

“Reading the Complaint in the light most favorable to Plaintiff, this Court…finds that Plaintiff has alleged sufficient facts to state a plausible claim for relief for each of her claims,” the judge wrote in his seven-page ruling – allowing the Hip Replacement Implant Failure lawsuit to move forward.

Posted by
carolyn moore
on December 20, 2016
hello I was just trying to find out more information about the hip implant I've had several hip surgeries since I've had my first hip replacement in 1999 and 3 were hip replacements and with those hip replacements I've several other hip surgeries because they have all either caused infection or revision, right it's dislocated and I have to have my 4th hip replacement and yes I'm scared, I thought when I had my 1st hip replacement I would be able to get a job and live better life cause I did have hip surgery when I was younger, but my life went from bad to worst, for years I hid in my house because of the stares of the walker and wheel chair, but I'm now taking control of my life I had to learn that I couldn't let my life define who I am, I taught myself how to walk on my own without a cane, walker, or wheelchair but I am still always in pain and I'm now in college so I am blessed and my family and friends and family keep telling me that I need to call someone about my hip.