It’s little wonder, given the aging of the largest single segment of the American population, that medical device manufacturers continue to jockey for additional market share while attempting to protect their existing slice of the pie. To that end, plaintiffs in hip replacement failure lawsuits assert that manufacturers knowingly marketed and promoted defective hip implants they knew were flawed. 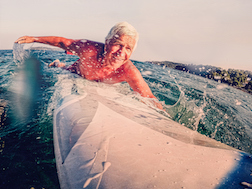 Medical device manufacturers, in recent years, have been faced with the challenge of super-serving the aging Baby Boomers, one of the most significant sectors of the American population. The demographic is large in scope, is beginning to move into retirement, and increasingly possess the financial means to live a more active and diverse lifestyle than a previous generation.

Meeting those needs has been a particular challenge for device manufacturers. Historically, hip implants were fashioned in large measure from ceramic and were given an expected lifespan of some 15 years under normal use. ‘Normal,’ for previous generations of seniors, often involved going into the kitchen for tea and walking a few times around the block.

Modern seniors are more active – an extension of the fitness movement that grew out of the 1970’s. They run marathons now, and go downhill skiing. Middle-aged Americans are also getting implants younger, partly due to the wear and tear of joints borne from active fitness regimens, and partly due to a refusal to deal with pain and lack of mobility at a time in life when they feel they have lots left to do…

Metal-on-metal hip replacements were designed to be more robust than previous designs, in order to support a more active lifestyle with a device lifespan equaling, if not surpassing that of previous designs. As the inherent design remained similar to devices previously released to the market – the primary difference being a choice of materials – most devices were released to market sooner through the 510(k) Clearance program maintained by the US Food and Drug Administration (FDA).

As many a defective hip implant lawsuit has pointed out, the metal alloys used in the updated designs served to be problematic, introducing minute pieces of metal to surrounding tissue causing inflammation. A potentially more serious issue has been the release of metal ions into the bloodstream, causing a condition known as metallosis toxicity. Hip replacement lawsuit plaintiffs assert they have undergone revision surgery to rid themselves of the problematic defective hips for various reason, including but limited to pain and inflammation, device failure, and / or metallosis toxicity.

More DEFECTIVE HIP IMPLANT News
Plaintiffs embroiled in hip failure lawsuits against DePuy Orthopaedics assert that DePuy was overly aggressive in marketing their artificial hip devices in spite of knowing the design of the devices posed a compelling risk to patients, or so it has been alleged. There are further allegations that DePuy associates offered kickbacks to surgeons in exchange for promoting the use of the allegedly defective implants, and to increase sales.

Plaintiffs point out that newer isn’t always better. FDA-sanctioned shortcuts in the approval process – a position favored by the Trump Administration to get devices to market even sooner – combined with aggressive manufacturers chasing an ever-increasing market share, appears to be mushrooming into a perfect storm.