Appeals: I’ve had a Few, but then Too Few to Mention?

It’s little wonder that Hip Replacement Implant Failure litigation, as is apparent with a majority of cases, takes so long to resolve given the right and freedom for both plaintiff and defendant to appeal a ruling either party feels is unjust. To this end, recent bellwether lawsuits involving settlements against DePuy and Johnson & Johnson continue to languish as unresolved, and remain tied up in various appeals. 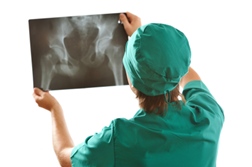 The DePuy Pinnacle hip replacement system has been the subject of much litigation in recent years due to the alleged early failure of some components. Hip replacements historically are expected to last upwards of 15 years under normal wear conditions. Recent innovations in design and materials in view of a greater degree of activity enjoyed by today’s middle-aged Americans were thought to extend that life cycle out beyond 15 years, as well as providing an artificial joint capable of withstanding more robust use.

However, numerous manufacturers – DePuy and Johnson & Johnson among them – have found that design innovations such as metal-on-metal have proven problematic, with minute metallic particles inflaming surrounding tissue and metal toxicity of the bloodstream.

There are upwards of 8,000 defective hip implant lawsuits consolidated in DePuy multidistrict litigation (In Re: DePuy Orthopaedics Inc. Pinnacle Hip Implant Products Liability Litigation, Case No. 3:11-md-02244, in the US District Court for the Northern District of Texas).

The first bellwether trial in the DePuy MDL ended with a finding for the defendant. The second trial, however involved five consolidated cases (as opposed to a single case for the first), and ended with a $502 million jury award in favor of the plaintiffs. Even though the award was reduced (in this case to $150 million), Johnson & Johnson appealed all five cases.

A similar response was meted out for the third bellwether, with six plaintiffs in six consolidate cases awarded, in late 2016, more than $1 billion in damages. In January, a federal judge in Texas slashed the punitive damage award nearly in half, according to the laws of the state.

Meanwhile, a plaintiff from the second bellwether trial had petitioned the Court to consolidate appeals from the second and third bellwether hip replacement lawsuits, suggesting that substantial overlap of facts would make consolidation of the appeals prudent (Margaret Aoki v. DePuy Orthopaedics Inc. et al., Case No. 16-11056, in the US Court of Appeals for the Fifth Circuit).

That bid for appellate consolidation, made by the plaintiffs, was rejected. However a bid by the defendant to file separate briefs as part of the appeals process was also rejected by the Court.

Posted by
Lori Steffen
on February 20, 2017
Can you recommend a lawyer for early knee implant failure.