A federal judge will allow a hip implant lawsuit related to a Stryker hip implant system to continue after she dismissed two of the plaintiff's claims but allowed a manufacturing defect claim to remain. 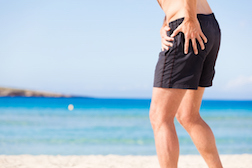 Smith filed the federal lawsuit Gary A. Smith et al v. Howmedica Osteonics Corp. et al Case No. 17-1174, US District Court for the Eastern District of Pennsylvania against Howmedica and Stryker Corporation for claims of strict liability, negligence, breach of implied warranty and loss of consortium.

In the lawsuit, Smith claimed that he suffered injuries and pain and had to undergo revision surgery after the Stryker Gamma3 Nail hip implant system he received failed. Stryker and Howmedica have also faced lawsuits over other hip implant devices.

In April 2017, the US Judicial Panel on Multidistrict Litigation agreed to transfer nearly three dozen Stryker hip implant lawsuits in a multidistrict litigation to allow the lawsuits to be handled by one federal judge in the District of Massachusetts. The lawsuits were related to alleged defects in Stryker-branded LFIT Anatomic CoCR V40 femoral heads, a prosthetic hip replacement device.

Attorneys for Howmedica and Stryker had filed a motion to dismiss the Smith lawsuit, arguing that Pennsylvania does not recognize strict liability or breach of implied warranty claims against manufacturers of prescription medical devices such as the Stryker Gamma 3 Nail System.

Judge Beetlestone disagreed, citing in her ruling previous court opinions that allowed a Pennsylvania manufacturing defect claim to proceed in strict liability in some cases. Beetlestone also ruled that Smith had pled sufficient facts to support the claim for breaches of implied warranty of merchantability for the Stryker Gamma3 Nail System.

"Plaintiffs have plausibly alleged a manufacturing defect strict liability claim," wrote Beetlestone in her opinion:
"The existence of a manufacturing defect is satisfied by the allegation that the Stryker Gamma 3 Nail System broke down after it was implanted into Mr. Smith, where it was subjected to normal and anticipated use, and that there were no reasonable secondary causes."