A hip replacement implant failure lawsuit filed earlier this year against Howmedica Osteonics Corp. (Howmedica), the parent company of Stryker Corp. (Stryker), highlights the ongoing litigation that is building over allegedly defective hip implants, and implant components. Late last month, proposed claims with regard to a failed bone implant manufactured by Stryker were given the green light in Philadelphia. 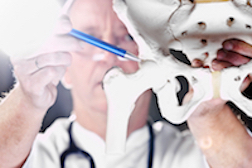 The most recent troubles faced by Stryker are continuing hip implant lawsuits involving the Stryker LFit v40 hip implant system, and the 2016 hip implant recall of large-diameter femoral heads vended to the market prior to 2011. The femoral heads were used in concert with a number of metal-on-metal hip implant products manufactured by Stryker, including Accolade TMZF, Accolade 2, Meridian, and Citation.

Specifically, suggest many a defective hip implant lawsuit, higher-than expected metal wear, trunnion failure and various hip implant side effects including, but not limited to adverse tissue reactions combined to compel Stryker to issue the hip implant failure recall last year. The recall involved no fewer than 42,500 metal hip implants due to the potential for corrosion of the metal components, failure of the taper lock that results in the loosening and dislocation of the hip implant, and metal toxicity characterized as metallosis. The latter is a serious health issue whereby metal ions from the cobalt and chromium alloys shed from the components, and find their way into the bloodstream.

Metallosis, in itself is reason enough to undertake revision surgery and removal of the troubled hip implant in order to ward against potentially devastating health problems.

A recent hip failure lawsuit was filed by plaintiff David Campbell against Howmedica and its subsidiary, Stryker. Campbell had been fitted with the Stryker Accolade TMZF hip stem, together with a Stryker LFit Anatomic V40 Femoral Head which Campbell received in 2010.

However, Campbell’s implant soon failed due in part, according to his defective hip implant lawsuit, to the fretting and corrosion of the cobalt and chromium alloys used to manufacture the femoral head and its interaction with the Stryker Accolade artificial hip.

According to court documents the pain and lack of mobility was too much for Campbell to bear, and the related metal toxicity (metallosis) constituted a threat to his future health, for which revision surgery was undertaken five years after initially receiving the implant, in 2015.

The hip replacement lawsuit is Campbell et al v. Howmedica Osteonics Corp. et al, Case No. 3:2017-cv-00352, filed by co-plaintiffs David and Glenda Campbell March 3 of this year in US District Court, in the Northern District of Alabama.

Meanwhile, a plaintiff in a Stryker lawsuit will have his claims move forward after a US federal judge determined a two-year-old overhaul of products liability law in the state of Pennsylvania by the Pennsylvania Supreme Court did not bar strict liability claims against manufacturers of medical devices.

Plaintiff Gary Smith, a resident of Philadelphia, claims to have suffered pain and injury following the receipt of a Gamma 3 Nail System implant into his left hip and leg following a fracture. The Gamma 3 system is manufactured by Stryker, and is an implant used in concert with the patient’s own hip and leg. Smith received the implant in May of 2015 – two years ago this month – however a broken nail in the device prevented the fracture from healing correctly.

A year later, Smith was required to undergo a complete hip replacement due, it is alleged, to injury from the Stryker nail implant. Smith sued in Bucks County Court of Common Pleas, a lawsuit later removed to federal court and then ultimately dismissed according to Section 402A of the Restatement (Second) barring strict liability claims for “unavoidably unsafe products” to the extent that “such a product, properly prepared, and accompanied by proper directions and warnings, is not defective, nor is it unreasonably dangerous.”

More DEFECTIVE HIP IMPLANT News
However, Smith appealed – and US District Judge Wendy Beetlestone, in her ruling, concluded that nothing in the nearly 140-page opinion, Tincher v. Omega Flex Inc. by the Pennsylvania Supreme Court specifically barred such claims against medical device manufacturers.

“The comprehensive and academic nature of the Tincher opinion suggests that the court’s failure to mention a categorical bar to all strict liability claims against medical device manufacturers was neither inadvertent, nor a stylistic choice,” the ruling said. “Instead, the omission is a strong indication that under Pennsylvania law no such bar exists.”

Smith can now proceed with his claims in a lawsuit that is not about a defective hip per se, but an allegedly defective device that led to his receipt of a hip implant. The case is Gary Smith et al. v. Howmedica Osteonics Corp. et al., Case No. 2:17-cv-01174, before the US District Court for the Eastern District of Pennsylvania.