It didn’t matter that a $502 million defective hip implant lawsuit verdict that went against DePuy Orthopaedics (DePuy) and its parent company Johnson & Johnson (J&J) was slashed to $150 million in observance of a Texas state cap: the defendants are appealing anyway. The verdict was brought last year in the second bellwether trial in a massive multidistrict litigation alleging hip replacement implant failure related to DePuy hip implants. 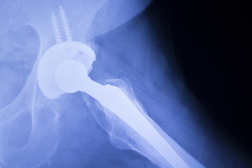 It was a year ago that five plaintiffs, whose claims were brought together in a single bellwether trial, were awarded the original half-billion dollars. Those plaintiffs are Margaret Aoki, Jay Christopher, Donald Greer, Richard Klusmann and Robert Peterson. Each received the Pinnacle metal-on-metal hip implant manufactured by DePuy. The plaintiffs alleged in their hip failure lawsuit that they suffered inflammation of nearby tissue, erosion of bone, and metallosis – a serious consequence borne from the shedding of tiny bits of metal, with metal ions reaching the bloodstream and causing metal toxicity.

Metallosis is such a serious health risk that otherwise well-functioning implants were removed and replaced with non-metal implants.

Manufacturers have been introducing metal-on-metal implants in later years believing them to be more robust. However, the newer implants were able to capitalize on criteria made available through the 510(k) Clearance program maintained by the US Food and Drug Administration (FDA), which holds that a device similar in design to a device already on the market and performing to expectations can be introduced to the market without lengthy and expensive clinical trials.

J&J, in its case for an appeal, noted the FDA has approved more than 180 metal-on-metal devices through the 510(k) Clearance program. To that end J&J and DePuy argued to the Fifth Circuit that patients’ claims are both foreclosed by Texas law, and preempted by federal law because the plaintiffs failed to assert that the hip implant was defectively designed compared with other types of metal-on-metal implants, nor did they offer an alternative design alleged to be safer than DePuy’s Pinnacle Ultamet. Instead, the companies claim, the patients argued that metal-on-metal hip implants are categorically defective.

The defendants assert the defective hip implant lawsuit should never have reached a jury in the first place. Apparently dissatisfied with the existing reduction from the original $500 million-plus award, J&J and DePuy were reported to be looking to have those damages reduced further, according to court records. The defendants, in their appeal to the Fifth Circuit, held that the total award was “wholly disproportionate to plaintiffs’ injuries, far exceeds the amounts awarded in similar Texas cases, and cannot be explained as anything other than a product of the jury’s ‘passion or prejudice.’”

More DEFECTIVE HIP IMPLANT News
Attorneys for the plaintiffs did not appear concerned, characterizing the defendants’ efforts as attempting a rehash of earlier failed efforts.

There are more than 8,000 cases consolidated in multidistrict litigation as In re: DePuy Orthopaedics Inc. Pinnacle Hip Implant Products Liability Litigation, Case No. 3:11-md-02244, in the US District Court for the Northern District of Texas.