In the wake of more than four million catheter recalls over the past year by numerous medical device manufacturers, dozens of patients have reported injuries and two wrongful death lawsuits have been filed due to broken catheters. 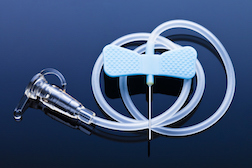 In most of these injuries the catheter tips have fractured or other parts of the device have separated within the patient’s body. With catheter parts floating about in a patient’s bloodstream, a serious injury or death can result. Such was the case with Debra Wilson, who died at the age of 60. Her husband Charlie filed a wrongful death lawsuit against the hospital for failing to remove an 8-inch piece plastic tube – part of a catheter-- that was left in her aorta seven years ago during a heart-related procedure. Charlie’s lawsuit alleges that the catheter component caused, or contributed to, his wife’s death.

Debra never felt “quite right” after the procedure in 2007. According to CBS Local Media (November 2015), Debra was told by a doctor at Parkland hospital that a stent was left in her aorta, but a year later she was told by another Parkland “staffer” that it was in fact a broken piece of catheter tube. It was embedded and calcified in her aorta and had to be removed.

Debra Wilson died in October 2016 from a heart attack. Parkland Hospital admits they made a medical malpractice mistake and relatives say the hospital is responsible for her death from their actions in 2007 but never admitted it until seven years later. When the Wilsons in 2014 found out that the tube was in Debra’s aorta, they hired an attorney to get some answers—the hospital wasn’t providing any.

In a court filing, the hospital argued that the Wilsons’ lawsuit failed to “point to any individual who was aware of a retained catheter fragment in 2007,” and U.S. District Judge Paul Stickney dismissed the federal civil rights suit, but "she may seek such relief in state court." Charlie Wilson and lawyer Brad Kizzia plan to refile the case—now as a wrongful death lawsuit.

More DEFECTIVE PRODUCTS News
In April 2016, Kyira Dixon Johnson died from blood loss after a scheduled caesarean section at Cedars-Sinai Medical Center in Los Angeles. According to a wrongful death lawsuit filed by her husband, Charles S. Johnson IV (son of the TV judge Glenda Hatchett), 12 hours after giving birth to the couple's second son doctors found three liters of blood in her abdomen. They operated on Kyira but her cause of death was due to Hemoperitoneum: rapid blood loss into her abdomen. If treated in time, death can be prevented, according to RSNA and the wrongful death lawsuit. The Los Angeles Sentinel reported that a Foley catheter was inserted into Kyira just before delivery and about three hours later, a nurse noticed that Dixon’s catheter was draining bright red blood. She notified a doctor but nothing was being done…

The FDA recalled several Foley Catheter kits in July 2015 and in October 2014, both due to compromised sterility and the risk of Contamination.

Posted by
LaShelle Allison
on May 28, 2017
I was a patient at California Medical Center Hospital...in Los Angeles,California. I was admitted for heart issues.... Because I asked so "many questions "...I was kicked out of the hospital...with the i.v. catheter in my arm— I asked them repeatedly...to take the catheter out...they insisted "now your trespassing.."