Washington, DC: When the Fetch 2 Aspiration Catheter was originally launched by Bayer Medical Care Inc., (Bayer), there was no shortage of platitudes which, sometime later presented as a stark contrast to the eventual global recall that resulted in many a lawsuit amidst allegations of defective catheters causing injury. 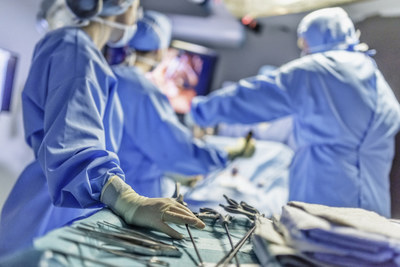 “Why Use Fetch 2 Aspiration [Catheter]?” was a question posed by the online brochure posted by Bayer when the device was released. “You choose a manual aspiration device for its ease of use and its ability to quickly resolve small, fresh thrombus, in coronary arteries. The Fetch 2 Aspiration Catheter offers enhanced handling and kink resistance thanks to a variable pitch coiled proximal shaft. You want to reach into small vessels and cross tight lesions. The Fetch 2 Aspiration Catheter can get you there with a low 4.2 French catheter profile and convex-cut opening to reduce risk of vessel wall damage.

“Finally, you want your aspiration device to effectively restore flow. The Fetch 2 Catheter has demonstrated effective clot removing ability, despite its low profile.”

Those lofty platitudes soon evaporated, however when the Fetch 2 Aspiration Catheter was recalled in March of last year over complaints related to breakage associated with the device shaft.

The recall, initiated by medical device manufacturer Boston Scientific Corporation (Boston Scientific) after acquiring the Fetch 2 catheter product line from Bayer, was a voluntary recall nonetheless supported by the US Food and Drug Administration (FDA). The recall was broad in scope, characterized as a global recall of product manufactured between June 11, 2014 and February 19, 2016. At the point at which the recall was announced there were 21,155 devices on the market that were considered subject to the Fetch 2 Aspiration Catheter recall.

“Boston Scientific Corporation is recalling the Fetch 2 Aspiration Catheter because the catheter shaft may break at various points along the device, before or during procedures,” the recall notice stated. “If breakage occurs while the device is in a patient, pieces of the catheter may block blood supply to the heart or blood vessels. This could result in the need for additional medical procedures, patient injury, or death.”

A Class 1 recall, under which the Fetch 2 fell, is considered the most serious recall available to be issued by the FDA. “Use of these devices may cause serious injury or death,” the regulator said in its recall notice.

More DEFECTIVE PRODUCTS News
The catheters were recalled simultaneously in the US and in Canada on March 22 of last year. Less than a month later Boston Scientific issued a press release dated April 8, 2016 formally announcing the recall.

The recall was officially terminated about 16 months later, August 11 of this year. The official posting on the FDA website indicates the Fetch 2 Aspiration Catheter was among the scores of problematic medical devices initially approved through an FDA 510(k) Clearance [#K101354]. Approved under a substantially equivalent (SESE) designation, the decision reflects no third party review.