The Wendy's data breach may be much bigger than originally thought, according to reports. Unfortunately, Wendy’s so far isn’t giving a lot of information about how much bigger the breach is or where the stores involved are located. As a result, customers are left wondering if their personal information has been compromised in the data breach. 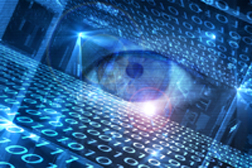 According to The Columbus Dispatch (6/11/16), Wendy’s suffered an original data breach from October 2015 through March 2016. That breach was thought to have affected 300 franchisee-owned Wendy’s restaurants in the United States and Canada (company-owned stores were not affected by the breach). But based on the number of fraud complaints linked to Wendy’s, experts say the breach could be much bigger than originally announced. In fact, some experts warn the breach could be bigger than the Home Depot or Target breaches, both of which affected more than 40 million people.

Meanwhile, a report from IBM (cited by CNBC; 6/15/16) suggests data breaches are costly for companies. The report notes the average cost of a data breach is now around $4 million, up 29 percent from the average in 2013. On a per-person basis, companies pay around $158 for every affected record, although some industries - such as health care - have a much higher per-person rate. Companies reportedly took around 201 days to identify a breach and 70 days to contain it.

More DATA BREACH News
Lawsuits have been filed by consumers who were affected by data breaches, alleging companies have not done enough to protect their vulnerable personal information. Although some companies offer credit monitoring following a data breach, consumers say that doesn’t fairly compensate them for time spent dealing with the fallout of a breach, such as time spent monitoring for fraudulent charges, changing passwords and account information, and dealing with identity theft.

The Securities and Exchange Commission argued Morgan Stanley did not have proper policies and procedures to protect customer information. Morgan Stanley has not admitted or denied any wrongdoing.