Data Breach Complaints on the Rise

A new report from the Federal Trade Commission (FTC) shows that data breach complaints are on the rise. In the report, Consumer Sentinel Network Data Book (2/16), the FTC notes that complaints about identity theft increased 47 percent in 2015, likely helped by a number of high-profile data breaches. Consumers have filed lawsuits against companies they allege have failed to adequately protect their personal, confidential information. 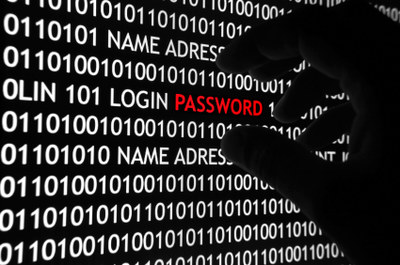 Data breaches frequently occur when unauthorized third parties gain access to personal information. Hackers exploit vulnerabilities in computer systems to access information such as bank accounts, health records, Social Security numbers, addresses, tax information and passwords. Making the situation more concerning, a report from Javelin Strategy & Research (2/2/16) notes that identity thieves have stolen around $112 billion in the past six years, the equivalent of around $35,600 per minute.

According to the FTC, identity theft was the second-highest complaint category, falling behind debt collection. Among identity theft complaints were tax- or wage-related fraud, credit card fraud, phone or utilities fraud, and bank fraud.

“Nearly half a million complaints sends a clear message: more needs to be done to protect consumers from identity fraud,” said National Consumers League Executive Director Sally Greenberg. “One of the key drivers of the identity theft threat is the continuing flow of consumers’ personal information to fraudsters thanks to the ongoing epidemic of data breaches.”

An earlier report issued by the New York Attorney General’s office found that hacking intrusions - where third parties gain unauthorized access to data stored on computers - were the number-one cause of data security breaches.

More DATA BREACH News
Consumers have filed lawsuits against companies accused of not properly storing or securing customer information. In April, an appeals court reinstated a lawsuit filed against P.F. Chang’s, which alleged the restaurant chain was responsible for a massive data breach. Although the lawsuit was dismissed by a lower court, with the judge finding the plaintiffs did not show actual harm, according to The National Law Journal (4/15/16), a federal appeals court reinstated the lawsuit, finding the plaintiffs had shown plausible injuries.

Among possible compensation plaintiffs could be entitled to were the cost of credit-monitoring services, unreimbursed fraudulent charges and lost points on a debit card.

A full version of the Consumer Sentinel Network Data Book can be found here.

Posted by
Dennis Parrish
on February 2, 2017
Due to poor web and database security at Transfast, a data breach of Transfast’s client database has occurred on January 28, 2017 at approximately 8:00 PM. A hacker was able to access all the information in my account which resulted in a total identity theft. I have been dealing with this for 4 days. The hacker tried to extract $1000 from my checking account in a transaction scheduled for January 30, 2017. Joann at Transfast was able to cancel that transaction so I have not lost any money but I have had some fraud alert emails sent to me by credit bureaus as well as spending many hours on the phone with my bank, my internet provider, and other companies that I purchase items from. The security manager at my own bank has told me that the hacker has ALL of my personal information including my social security number and that I now need to be on alert the rest of my life since this kind of personal information is often shared or sold on the internet to other hackers. Joann at Transfast has deactivated my account and apologized for the inconvenience but I do not think she has a serious clue as to how my life has been interrupted over this and how it can continue to be a future problem for me. She seems to believe that an apology and deactivating my account has solved the issue. It has ONLY solved the issue at Transfast, not the other companies that I am continuing to deal with over the phone as a result of the data breach. I am now having to pay a monthly fee to for all three credit bureaus (Equifax, Transunion, Experian) to monitor and alert me of fraudulent activity which has already occurred three times since the data breach that had occurred at Transfast on January 28, 2017. Though I have asked to speak to a manager at Transfast that will give me their full name and direct phone number, Joann has ignored that request.