Uber has been handed a victory in the courts, winning dismissal of a proposed class-action lawsuit concerning a massive data breach. The lawsuit was dismissed by a judge in San Francisco, who ruled the plaintiff had not properly shown Uber was at fault in the data breach. Although the judge dismissed the lawsuit, attorneys were given 28 days to file an amended lawsuit. 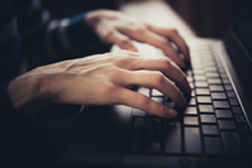 According to Reuters (10/19/15), the lawsuit was filed after Uber disclosed that up to 50,000 drivers’ names and license numbers were improperly accessed. The lawsuit alleged Uber’s poor security was to blame for the breach. The lawsuit was filed in March 2015 by driver Sasha Antman, who also claimed Uber waited too long to warn drivers about the data breach. Initially, Antman sought more than $5 million in damages.

In February 2015, Uber announced it learned in September 2014 that someone accessed a database storing the personal information of thousands of Uber drivers. Attorneys for the plaintiff may still file an amended lawsuit.

Data breach lawsuits have been a hot topic in recent years, as a number of high profile data breaches have occurred and lawsuits quickly followed. Sony Pictures will reportedly pay between $5.5 million and $8 million to settle a lawsuit filed by employees after a data breach. According to Billboard, Sony will reimburse class members for actions taken to prevent identity theft, provide identity protection services and pay for any unreimbursed losses linked to the theft.

More DATA BREACH News
Meanwhile, a lawsuit has been filed against T-Mobile and Experian Plc, after a data breach made the personal data of approximately 15 million T-Mobile customers vulnerable. BloombergBusiness (10/7/15) reports the hack was announced on October 1, with lawsuits quickly following. Those lawsuits allege T-Mobile customers and applicants were required to take action to protect themselves from identity theft, costing them money.

Plaintiffs further allege T-Mobile and Experian failed to protect consumers from the hack, which saw names, addresses and Social Security numbers of people who submitted credit applications with T-Mobile from September 1, 2013 on. The lawsuit also alleges violations of consumer protection laws. Federal lawsuits were reportedly filed in Illinois, Florida and California. The lawsuits each seek class-action status on behalf of all customers affected by the breach.

Posted by
BobbieDooley
on October 20, 2015
The big problem with T-Mobile's lawsuit is that customers have no way to control how the data is collected, and even which vendors are responsible for it.

I'm sure they'll try to play a game of blame-someone-else but Customers aren't invited into security meetings at T-Mobile nor do they have a say in which company gets to house their data.

I'm willing to bet T-Mobile went with the lowest bidder on this, much like how they are the cheapest company in many other ways..!