As regulators look into what caused the recent Target data breach and banks and Target fight over who is to blame for the financial fallout, consumers are filing Target data breach lawsuits, alleging they were harmed by the breach, including having their debit and/or credit account information sold illegally. Meanwhile, banks and credit unions are also taking Target to task for data that was stolen during the cyber theft. 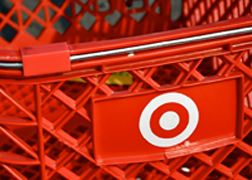 According to WCNC (2/4/14), a man in Charlotte, North Carolina, has joined a group of 26 people in filing a lawsuit against Target following the data breach. The news report notes that the man’s debit card information was stolen and unauthorized charges later appeared on his account, draining it of all funds. Although he did get his money back, his lawyer says it took weeks and in the meantime, the plaintiff was without money or the means to buy gas or food.

Target has assured customers that they are not liable for any fraudulent withdrawals from their accounts, but when money from their account is used illegally, it can take a while to recover those funds. In the meantime, customers still have bills to pay and necessities to purchase.

More DATA BREACH News
Meanwhile, a credit union in Pennsylvania has filed a lawsuit against Target to recover the costs of reissuing debit cards to customers. According to Associated Press (2/3/14), the credit union had approximately 75 customers whose account information was stolen, requiring a reissue of their debit cards. The lawsuit seeks class-action status on behalf of other financial institutions similarly affected by the data breach. Other financial institutions have also filed lawsuits, seeking to recover the expenses linked to monitoring customer accounts and reimbursing transaction fees.

Target was not the only retailer to be hit by a data breach in the past few months. Neiman Marcus also fell victim to the hackers. As many as 110 million consumers may have been affected by the Target breach, with many more affected in the Neiman Marcus breach.

Lawsuits filed by consumers against Target allege the company was negligent in its protection of customer information and misled customers about the nature of the breach.

Posted by
annie m wagner
on March 23, 2014
Target did not protect my private information cauing it to get stolen