One newspaper plays it fair and the other allegedly lowers their prices below cost to try to put them out of business. This is what prompted a jury to award the San Francisco Bay Guardian $6.39 million. However, state law automatically increases that amount to $15.6 million. The pricing lawsuit was filed against Village Voice Media (VVM) and its newspaper, SF Weekly.

It took the jury over three days to decide what to do in this lawsuit before it finally delivered its unanimous decision to the court. Bay Guardian is quite pleased with the verdict and they are thrilled that the jury believed that an out-of-town newspaper just can't come into town and try to eliminate a independently run newspaper that serves that particular local area. 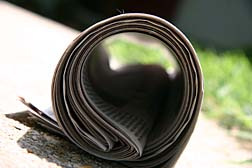 In turn, VVM believes that the verdict is simply a result of Bruce B. Brugmann's, Bay Guardian's co-owner and editor, obsession and that his obsession resulted in an expensive lesson in lawsuits, laws, and lawyers. VVM believes that the system was manipulated by Brugmann. The spokesman for VVM also compared Brugmann to Ralph Nader by saying that he is not in touch with reality because Brugmann only blamed SF Weekly for the decline of Bay Guardian and not such factors as the dot-com bust, the internet, 9/11, and the economy. VVM has also said that Brugmann earned more money from the lawsuit than he had ever earned in his 40 years in the publishing business.

Tim Redmond, Executive Editor of the Bay Guardian, said in a blog that he had been told by an attorney for SF Weekly that the newspaper intends to appeal the verdict.

As for what sparked the lawsuit, Brugmann sued the paper and its parent company because it is illegal under California state law to price a product below cost in order to make a competitor go out of business. The Guardian alleged in their suit that SF Weekly used its profits from its 16 newspapers to allow advertisers to buy advertising space below cost.

The trial lasted five weeks and various witnesses and attorneys for VVM and SF weekly claimed that there were many reasons for the financial downfall of the Bay Guardian, including the internet, fierce competition, and such sites as Craigslist that have had an impact on classified ads. They also blamed the overall decline of newspaper on the fact that newspapers all over the country are in decline due to the competition and the internet. VVM also made comment of how Brugmann asked the court to monitor future ad pricing for SF Weekly. VVM responded by saying that Brugmann sought court action rather than trying to compete with them. VVM says that they did not fix rates; that the market is what sets the rates and they base their rates on what the market demands.

More BUSINESS News
However, Brugmann claims the victory to be a great one for all independent newspapers and is glad that this part of the case is over after spending over three years to get it to trial. Brugmann feels that the case took a long time for simply trying to protection the newspaper from predatory practices such as price fixing. He feels that this cause is a great example for other papers wishing to fix their prices in order to drive out the competition. As for SF Weekly, they have made it clear that they want to appeal the case. As for when, it has not been stated, but they do not claim an ounce of responsibility for the decline of the Bay Guardian, so it may be quite some time before this case is actually settled.