Could Huge Commercial Fraud From India Affect US Contracts?

It may have happened half a world away and it may have been discovered in January, but a $1 billion dollar commercial fraud discovery involving a business with relationships in the US could serve as a warning for any business possessing a contract with any offshore enterprise that provides support. 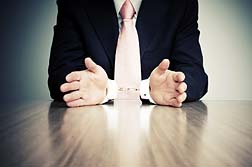 In this case, the fraud befell the Indian IT outsourcing company Satyam in a scandal that has been dubbed 'India's Enron.' The arrests of three of the company's executives early in the New Year followed revelations by Ramalinga Raju, the former chairman of Satyam, that he had overstated the company's profitability, cash reserves and various other assets over several years.

"What started as a marginal gap between actual operating profit and the one reflected in the books of accounts continued to grow over the years," Raju said. "It was like riding a tiger, not knowing how to get off without being eaten."

In a communiqué Raju revealed that operating profit for the second quarter of 2008 was ten times the actual figure. According to Raju's act of contrition, Satyam's cash reserves and bank balance had also been routinely inflated, listed accrued interest that didn't even exist, overstated its debtor position while understating Satyam's liabilities.

At the end of the day, Satyam's books showed $1 billion in cash reserves that did not exist. Raju, who claimed that he had "not benefitted in financial terms on account of the inflated results," admitted that the fraud had "attained unmanageable proportions."

The case has implications for the scores of American companies who rely on entities located in India for IT support, and have formed contracts and awarded business based on the reported performance of the company involved.

More BUSINESS News
Satyam provided IT services to leading pharmaceutical companies, including GlaxoSmithKline and Novartis. India has become a haven for IT support amongst American firms, thus it would not be beyond the realm of possibility that Satyam is well connected to US business and commerce. Since the installation of new management, the company had signed 15 new contracts, one of which was reported to be with a US firm.

The government of India stepped in to replace the entire Satyam directorial board. The move has helped prop up the company's share price, which plummeted 90 percent when the revelations first emerged.

Meanwhile questions remain over the role PricewaterhouseCoopers (PwC) may have played in the scandal. PwC audited the Satyam books from 2000 through 2008. Two of its employees, who allegedly signed off on the Satyam balance sheets, have been arrested.

If you have suffered losses in this case, please send your complaint to a lawyer who will review your possible [Business Lawsuit] at no cost or obligation.
Request Legal Help Now