A bank that isn’t really a bank in the traditional sense has been hit yet again with Comenity Bank TCPA violations by plaintiffs who assert the bank’s use of robocalling and other, allegedly unlawful methods of contact amounted to undue harassment and flies in the face of regulations governed by the Telephone Consumer Protection Act (TCPA). 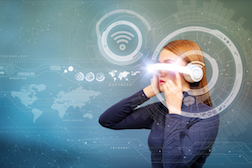 Those regulations protect consumers from harassment at the hands of a third party attempting to contact a consumer to collect a debt, arrange for payment, or market services without their express permission.

This past March a plaintiff from Chicago filed a class action Comenity Bank Robocalling Violation class action lawsuit alleging TCPA harassment. Plaintiff Lejune Brown alleges Comenity Bank proceeded to place multiple calls with regard to an alleged debt. The calls are alleged to have been made through the use of an automatic dialing system.

The complaint was filed March 13 in US District Court for the Northern District of Illinois (Case number 1:17-cv-01970).

Brown asserts that Comenity employed the use of a robocall system to place multiple calls to her mobile phone without her permission, and in spite of repeated attempts by the plaintiff for the calls to stop. Unlike a land line, for which incoming calls are usually not assigned a charge, cell phone customers must maintain data and phone plans that often have a cap. There are often charges for both outgoing, and incoming calls over which a consumer has no effective control.

The Comenity Bank telemarketing violation lawsuit is not without precedent.

In August of last year a Comenity Bank TCPA violations lawsuit was filed by co-plaintiffs John and Michelle Gue in West Virginia. The plaintiffs maintain that in an attempt to collect on a debt which allegedly had fallen into arrears, Comenity Bank violated TCPA and other statutes by issuing both written communication and automated calls to the plaintiffs without their consent. The calls kept coming; it is alleged, even after the plaintiffs expressly asked that such alleged harassment stop. The Gues allege violations to the TCPA as well as the West Virginia Consumer Credit and Protection Act.

The plaintiffs feel harassed. Their lawsuit is Case No. 3:16-cv-08316 filed in US District Court for the Southern District of West Virginia.

Comenity Bank has been down this road before. In 2014 the defendant settled a class action lawsuit for $8.5 million over allegations of TCPA violations.

Comenity Bank is operated by Alliance Data Card Services (ADCS). Together with Comenity Capital Bank, the two enterprises primarily exist to manage the funding and receivables of the credit programs utilized by clients of ADCS.

If you or a loved one have suffered losses in this case, please click the link below and your complaint will be sent to a consumer banking lawyer who may evaluate your Comenity Bank TCPA Violations claim at no cost or obligation.
Request Legal Help Now

Posted by
Alaine Gill
on September 4, 2019
I have 2 Comenity credit card accounts. Every time I pay the minimum feed you on the due date through their website, they do not noted as that date and add fees every time. They had a late fee and a interest fee so that adds up to $47 even though I paid it on the due date. They call day and night they. It's people it's robocalls it's everything. Today trying to clear up my account one person called me an hour after I'd already made the payments to for the same account. I've cut up my cards I'm not going to use them ever again and I hope that there can be a class action suit for the fees that they and their supposed account help call the count access I believe it's supposed to help you win your disabled and not able to make payments, they also add fee after fee after fee to keep you in debt until you can't Payback.
Posted by
Nancy
on October 28, 2018
Threatening lawsuit because I am behind on payments, non stop phone calls all day. Ive asked them numerous times to close the account and can we set up payments, they refuse to work with you.
Posted by
John Doe
on February 12, 2018
I work there its terrible. So many complaints from people. Its mostly due to late fees being assesed incorrectly.

Posted by
Michelle Hamlett
on July 17, 2017
Very harassing, all times of the day and night. No clear English language

Click to learn more about LawyersandSettlements.com
LawyersandSettlements.com - A trusted, independent legal news provider bringing quality news and information on all legal cases and lawsuits filed in United States of America to its readers since 2002. Over 250,000 legal help requests including Media/Telecom Cases, and Consumer Frauds have been forwarded to lawyers all across to the country.