The number of men alleging they developed melanoma after taking Viagra is on the increase. 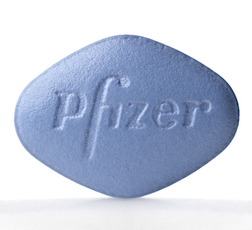 A total of 428 men are now plaintiffs in a MDL consolidated in Viagra (Sildenafil Citrate) Product Liability Litigation suit (3:16-md-02691) in U.S. District Court for the Californian Northern District.

“That’s the total number as of May 15, 2017,” says attorney Kristian Rasmussen from the Cory Watson PC law firm in Birmingham, Alabama. “We are now in the discovery process. We are in the thick of it, reviewing millions of pages of documents and taking depositions from witnesses.”

The suit alleges that the little blue pill, manufactured by Pfizer, is connected to a significant increase in the risk of melanoma. Viagra has been prescribed to 20 million men to solve problems with erectile dysfunction. The suit alleges further that Pfizer has known since the late 1990s that a risk of skin cancer came with Viagra use and opted to say nothing.

The allegation weighs heavily on a 2014 study published in the Journal of American Medical Association (JAMA) that found a “statistically significant” increase in the incidence of melanoma in men who used Viagra.

The JAMA study was careful to note that more data was needed and although there was statistically a significant relationship between Viagra and melanoma the study could not definitely connect the two. The study has also been criticized because the data was “self-reported” – meaning the data on the use of Viagra and information about the melanoma was not gathered directly from the participants by scientists.

Sometime later this year it is expected that both the plaintiffs team and Pfizer will have identified their prospective experts. That will be followed by a Daubert hearing sometime in early 2018 where the court will rule on the admissibility expert evidence each side plans to offer.

“So, yes, we are just at the beginning of this,” says attorney Kristian Rasmussen whose firm represents many of the men in the MDL.

Pfizer denies any connection between melanoma and claims that there are at least 130 studies that prove Viagra is a safe drug that has improved the lives of millions of men around the world.

If you or a loved one have suffered losses in this case, please click the link below and your complaint will be sent to a drugs & medical lawyer who may evaluate your Cialis melanoma risk claim at no cost or obligation.
Request Legal Help Now