Santa Clara, CA: The alleged link between Cialis (tadalafil) and melanoma has become the subject of an increasing number of complaints that claim Eli Lilly, the makers of Cialis, failed to warn of the risk.

Approved for erectile dysfunction, Cialis is a competitor drug to Viagra, which is also facing lawsuits over the alleged associated risk for melanoma. There are also a number of cases of men allegedly losing their vision while taking Cialis. The US Food and Drug Administration (FDA) is currently investigating these Cialis cases.

Cialis is generally assumed to be safe, however data from recently released data suggest that Viagra, Cialis and other drugs from the same class of medications, called PDE5 inhibitors, may actually interfere with the body’s ability to counter the spread of melanoma.

A study published in The JAMA Internal Medicine (June 2014) showed that men who used Viagra were 84 percent more likely to develop melanoma over a period of ten years. The study comprised more than 25,000 men in the US averaging the age of 65, six percent of whom had taken Viagra to treat erectile dysfunction.

If you or a loved one has suffered similar damages or injuries, please fill in our form and your complaint will be sent to a lawyer who may evaluate your claim at no cost or obligation.
Please click here for a free evaluation of your Cialis melanoma risk claim
Published on Mar-15-17

Viagra/Cialis and Melanoma: Jury is Still Out

Raleigh, NC: Sexually active older men worried about the link between melanoma and Viagra/Cialis can relax—maybe. A new study has found that there is no link to skin cancer and the erectile dysfunction medications, but that doesn’t necessarily mean they should keep popping those blue pills.READ MORE
MDL Plaintiffs Increasing in Alleged Viagra Melanoma Connection Lawsuit 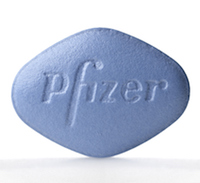 Birmingham, AL The number of men alleging they developed melanoma after taking Viagra is on the increase.READ MORE
In the Absence of Causal Effect, Viagra and Cialis Melanoma Lawsuits Keep Coming