A blockbuster study analyzing the propensity and potential for some drugs to trigger violence and aggression did not bode well for Chantix, the smoking cessation drug that has proven helpful for some smokers, and a liability for others. Chantix aggression is but one of the adverse reactions that has surfaced since varenicline went on the market a few years ago. 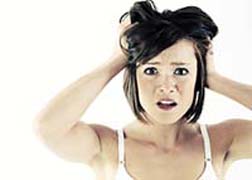 A new study authored by Thomas J. Moore, Joseph Glenmullen and Curt D. Furberg—and published recently in the journal PloS One, crunched data from the US Food and Drug Administration (FDA) Adverse Event Reporting System. They found 31 drugs they identified, according to the numbers, as disproportionately linked with reports of violent behavior toward others.

Chantix topped the list. As Chantix side effects go, aggression and suicide are among the most concerning.

The researchers, working under the auspices of the Institute for Safe Medication Practices, "extracted all serious adverse event reports for drugs with 200 or more cases received from 2004 through September 2009," note the authors in their paper. "We identified any case report indicating homicide, homicidal ideation, physical assault, physical abuse or violence-related symptoms.

In their research, the authors noted that while Chantix has proven effective for smoking cessation in some patients and cannot be ruled out, nonetheless, varenicline was found to be the worst offender of not only the top 31, but of 484 evaluable drugs. Out of 11,393 adverse reaction reports in total for Chantix, 408 cases were identified as violent—making Chantix 18 times more likely to be associated with violent behavior and Chantix aggression than other drugs.

More CHANTIX News
As noted previously, the study authors cautioned, "comparing reports of violence in the patient population seeking to discontinue smoking provides adjustment for the possibility that the side effects might be caused by stopping smoking rather than the drug."

The study did not isolate Chantix suicide, which is in effect an act of Chantix aggression toward oneself. However, the message is clear that while Chantix can prove to be an effective weapon for chronic quitters (smokers who try various magic bullets to kick the habit, only to fail…), the costs to some in terms of Chantix aggression and other Chantix side effects can be potentially devastating.

Various Chantix warnings are included in the product medication guides, including a black box warning—the strongest language available within the FDA's regulatory authority.

Posted by
marleneb
on January 15, 2011
And yet this company uses bribery through grants to influence legislation against smokers for their own profit every day! I was under the assumption that bribery was illegal! Bribery: The offering, giving, receiving, or soliciting of something of value for the purpose of influencing the action of an official in the discharge of his or her public or legal duties. These grants are just that and they are meant to steal the rights of American citizens of their personal and private property rights. Isn't it time that our elected officials from the city level to the federal level be indicted for bribery and thrown in prison along with the grant makers?