Chantix Aggression, And the Role Prescription Drugs Can Play

As 2012 comes to a close, the horrific massacre at Sandy Hook Elementary School in Newtown, Connecticut continues to galvanize public opinion on everything from the availability of guns, to the reasons why a young man like Adam Lanza might be driven to undertake such a shocking assault on human life. And while the debate rages over the gun issue and the ultimate safety of children while at school, a quieter conversation involves the role of prescription drugs and how their use might push some individuals out of control. Chantix is one such drug that has been linked to prior examples of violence, including Chantix aggression. 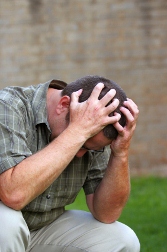 Chantix is the controversial smoking cessation drug that targets specific neuro receptors in the brain which react to nicotine. That response translates to feelings of pleasure a smoker derives from taking a puff. The theory behind Chantix is if you remove the pleasure associated with smoking, then what's the point? In the absence of pleasure, you eliminate the desire to smoke in the first place.

The problem, according to the recent history of the drug, is that individuals react differently to this change. While it has been reported that quit rates with Chantix are slightly higher than comparable anti-smoking treatments, Chantix side effects have been a concern.

To that end there have been reports of Chantix aggression and even incidents of Chantix suicide associated with Chantix use. The challenge associated with smoking cessation for most, appears to be compounded in some people by a negative reaction to the sudden loss of pleasure when the normal response to nicotine is suddenly interrupted.

The US Food and Drug Administration (FDA), while content to leave Chantix on the market, has nonetheless issued Chantix warnings associated with reports of aggression, suicidal thoughts and attempts at suicide, as well as other adverse reactions.

Aggression is not confined to Chantix, as a 2011 study from the Institute for Safe Medication Practices bears out. According to the study, published in the journal PloS One (1/1/11) in January of that year, data derived from the FDA's own Adverse Event Reporting System (AERS) showed that no fewer than 31 prescription drugs were linked to reports of violent behavior.

Chantix aggression, and Chantix suicidal, is only a small part of the equation.

To that end, TIME (1/7/11) published a Top Ten list of drugs linked to violent behavior and aggression in the wake of the published study Various SSRI (selective serotonin reuptake inhibitor) antidepressants and anti-psychotic drugs made the list. Some were seen to trigger violent behavior whereas others, while effectively quelling aggression when the medication was actively used, appear to bring out the worst in people when the medication is suddenly stopped.

Chantix (Varenicline) not only made the list: Chantix aggression and suicide vaulted Chantix to the top of that list. The study, as summarized in TIME, reported that Chantix was 18 times more likely to be linked to Chantix aggression and other violent behavior when compared to other drugs in its class. That's compared with a ratio of 1.9 for basic nicotine replacement, such as nicotine gum or the nicotine patch.

Due to the health risks associated with smoking??"together with slightly higher quit rates??"the FDA is prepared to maintain that the benefits of Chantix outweigh the risks, for clients in need to succeed in their smoking cessation goals. And while quit rates were also higher in clinical trials for Chantix, it should be noted that various reports suggested that trial participants were carefully screened and did not match the profile of the typical smoker in America. As well, it has been reported that study participants had access to one-on-one professional counseling while attempting smoking cessation on Chantix. Beyond their family doctor, most people do not have access to ongoing counseling.

More CHANTIX News
The FDA has since recommended to doctors that Chantix patients should be carefully monitored when taking the medication.

While the Newtown massacre continues to reverberate, attempts at discovering why it happened, and what lay at the root of suspected shooter Adam Lanza's actions will go on. However, the sad and shocking turn of events sheds new light on prescription drugs that have the potential to alter a person's normal behavior patterns.

Other Chantix side effects include vivid dreams, suicide ideation, lethargy and cardiovascular events. Various groups, including the aviation industry and the military, have forbidden the use of Chantix by key personnel. Chantix lawsuits have alleged varenicline triggered suicide and aggression and in some cases, Chantix death.

Posted by
Keith Rich
on April 18, 2016
When I tried Chantix to quit smoking I was working in the health industry making 3,000.00 a month, lived in a house, owned tools and did wood working and auto mechanics as a hobby. I was married to a woman I love dearly and had a very extensive book collection. My first week on the drug I was irritable. My second week I blew up at my wife, pushing a stack of plates on the floor. I was arrested for malicious mischief, a domestic violence charge, given a five year no contact order from my wife. That was in July. I now suffer from unneeded agitation as if I we're still on the medication. I have lost my job because of the domestic violence and have not been able to find work. I have never been an angry person and had no clue that a drug could make a person do such things. I lost everything, have no job or money, and am homeless as a result of this drug. I lost more then just my 20,000.00 worth of tools and books, I lost my wife. I never even threatened her! Now I can't even get treatment for the anxiety and short temper I never had before taking this medication. I am homeless and no lawyer will Even touch my case.
Posted by
Lynn G
on February 15, 2016
I was recently put up to the 1mg dose and am now finding that my anger is completely out of control, I'm being mean and screaming at everyone and half the time I don't know why. As I'm calming down I ball my eyes out but then something stupid will irritate me and I'll fly off the handle. I didn't have this problem with the 0.5mg, just the nausea and vomiting. I haven't taken it last night or today but there's no change, how long does this last? My hubby and kids don't deserve to be treated this way and I don't deserve to feel this way.
Please help!!!
Posted by
Keith
on January 31, 2016
I have used this drug to help quit smoking. I still smoke a few cigarettes a day and have not taken CHantix for a few months now. I have been short fused sort of speak all my life but now that short fuse is even shorter. I try to find long term side effect and i can only find where people had the anger issue while taking it. Im trying to find medical help and not having any luck. I feel Chantix has made my anger issue worse and seem long term
Posted by
caridad m rodriguez
on January 6, 2013
I was given Chantix by my primary physician, I was just smoking 3 cigarettes a week, I was taken to the Memorial Hospit; Energency room, I end up been committed, I was very confused, lethargic, and acting very strange and peculiar.See Doctor'dr notes..............
Kind Regards,'
Cari