Were you looking for Chantix Suicide lawsuits?

Send your Chantix Heart Attack claim to a lawyer who will review your claim at NO COST or obligation.
GET LEGAL HELP NOW 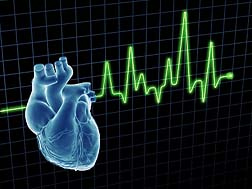 Chantix is known generically as varenicline.

Chantix has also been linked to an increased risk of violent outbursts and suicide attempts. Concerns about neuropsychiatric symptoms resulted in the FDA requiring a change to the Chantix label, to include a black box warning about Chantix side effects and the risk of depression, aggression and attempted suicide.

If you or a loved one has suffered damages in this case, please click the link below and your complaint will be sent to a lawyer who may evaluate your claim at no cost or obligation.
Please click here for a free evaluation of your Chantix Heart Attack claim
Last updated on Jul-30-11

While there is no question that Chantix works for some, including noted British author and playwright Stephen Fry—the smoking cessation drug continues to live a checkered existence with concerns over aggression, suicide and suicide ideation. The latest concern with regard to the Pfizer drug is Chantix heart attack.READ MORE
Studies Suggest Link between Chantix and Heart Problems

Patients looking to quit smoking might be concerned about recent studies that suggest a link between Chantix and heart problems. Although there was prior concern about a link between Chantix and suicidal thoughts and actions, the US Food and Drug Administration (FDA) has now issued a warning about Chantix heart problems. Concerns about Chantix heart issues led one researcher to warn that physicians should carefully weigh the risks of Chantix against the potential benefits.READ MORE
Chantix Increases Risk for Cardiovascular Events, New Study Finds

Results from a new study on the smoking-cessation drug Chantix (varenicline) show that it is associated with a small but significant increase in the risk for cardiovascular events.READ MORE
READ MORE Drugs/Medical Settlements and Legal News

Posted by
Michael Lynn
on July 18, 2016
Took Chantix for a few years and had a heart attack at the age of 42. The suicide thoughts are crazy! I didn't even know why I was thinking the things I was thinking. Just nuts! This drug is horrible and people should beware of taking it.