In a move that is hardly a surprise for anyone conversant with Chantix, the US Food and Drug Administration (FDA) marked the beginning of February with the stark announcement that a link between serious psychiatric problems, and Pfizer's hitherto most promising performer is "increasingly likely."

This comes a couple of weeks after Pfizer, in mid-January, weighed in with stronger Chantix warnings in response to an ongoing FDA investigation into patient reactions to the smoking cessation system, some of them disturbing.

Reports of depression, agitation and suicidal behaviors are not uncommon. Even so, in updating its safety information, including the move to give the updated concerns more prominence, Pfizer will not go so far as to offer the probability of a direct link between Chantix and psychiatric difficulty.

Only, that it could not be ruled out. 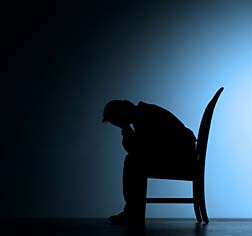 The FDA is also taking somewhat of a high road in not condemning Chantix completely. However, it does say that doctors should continue to monitor their patients carefully, and put a greater emphasis on patients either with current, or past psychiatric illness.

"Chantix has proven to be effective in smokers motivated to quit," says Bob Rappaport, M.D., Director, Anesthesia, Analgesia and Rheumatology Products, FDA, in a statement. "But patients and health care professionals need the latest safety information to make an informed decision regarding whether or not to use this product.

"While Chantix has demonstrated clear evidence of efficacy, it is important to consider these safety concerns and alert the public about these risks. Patients should talk with their doctors about this new information and whether Chantix is the right drug for them, and health care professionals should closely monitor patients for behavior and mood changes if they are taking this drug."

In spite of some meaty headlines last year exposing the dark side of this once-exalted smoking cessation sensation, Chantix has performed well since it was approved in May of 2006. Some 44 million prescriptions have been written for the program, which requires the ingestion of a pill twice-daily for some 13 weeks. Sales for Pfizer totaled $883 million for 2007 in the US.

Rather than a system of patches, and other aids which eases a smoker's dependence on nicotine metobolically, Chantix goes to the source of the pleasure principle—the brain—in the war against nicotine. The drug, known generically as varenicline, targets the receptors in the brain that respond to nicotine. These receptors, in turn, release the dopamine that is responsible for the pleasure a smoker experiences upon lighting up, and taking that first puff.

In theory, it's tougher to fall off the wagon. Thus, with a headful of Chantix, any effort to sneak away somewhere and light the forbidden fruit will have no effect. In other words, if you're going through nicotine withdrawl and you just HAVE to have a cigarette for the pleasure that will inevitably come, the pleasure will not happen.

Think about it. Quitting smoking is tough enough, and not everyone is successful. After years, sometimes decades of dependance, doing without the smoker's high is a major life shift. Not everyone can take it.

So you're taking Chantix for the recommended 13 weeks, and you're going through nicotine withdrawl. Cold turkey, and there would be no other way to describe it, because a) Chantix, by Pfizer's own admission, contains no nicotine whatsoever; b) even if it did, the medicinal posse that surrounds the receptors of note in your brain blocks any nicotine from reaching them, and; c) a switch to a nicotine patch for a more gradual approach, or even an outright failure in your resolve that sends you running for your lighter, will have no effect.

The nicotine is blocked. There will be no dopamine released. No dopamine means no pleasure. Imagine the panic and the despair when, unable to take it you give in and light up, craving, longing, needing that brief high. And it doesn't come.

In theory, that's a good thing, as it forces you to avoid the pleasure you seek. On paper, it's a good idea. In fact, Pfizer says in its own literature that if you slip up and have a cigarette, it's okay. Of course it's okay, as you won't get any benefit from it.

That's the whole idea, and on paper it's brilliant.

But in reality, the opposite appears likely. The inability to give up, give in and get back the all-too-familiar euphoria, however brief, appears enough to drive agitation to agression, despondency to despair.

Panic sets in. And like a cornered animal that feels threatened, anything can happen.

The FDA notes in its advisory that such patients were not included in the safety studies used to determine if Chantix merited approval.

More News
Patients should be monitored for changes in mood and behavior while taking Chantix. Doctors, familes and caregivers should be especially vigilant for symptoms that include anxiety, nervousness, tension, depressed mood, unusual behaviors and thinking about or attempting suicide. In most cases, neuropsychiatric symptoms developed during Chantix treatment, but in others, symptoms developed following withdrawal of varenicline therapy.

While Pfizer and the FDA continue to deal with the fallout over Chantix, those who are currently trying to quit smoking with Chantix are realizing first hand that it's like trying to walk the high wire without a safety net.

In other words, it's amazing how brave you can be when you know someone, or something will catch you if you fall. And you can be courageous in staring nicotine down, knowing that in the end if you ever get to the point that you can't take it anymore and you—just—HAVE—to have a cigarette, to revel in that momentary high to take the edge off, you can.

It's your safety net. If you can't take it—okay you're a failure, but you can always go back.

With Chantix, you can't.