Bess W. was referred to a nephrologist to evaluate her kidney function. "All this time she was still on 200mg of Celebrex daily," says her husband Reid. "The specialist reported to her primary care physician that she had progressive renal insufficiency due to analgesic neuropathy from many years of non-steroidal and COX-2 use. He also said that her accelerated hypertension and edema are probably related to her worsening renal disease and Celebrex.

That was on May 24, 2005. Bess had been afflicted with arthritis for 20 years and she had tried a number of medications to mitigate her pain and swelling joints. Seven years ago, after a host of different pain killers, her rheumatologist put her on Celebrex. "It seemed to help considerably and the insert describing the side effects of the drug had nothing to indicate it was dangerous," says Reid. "I still have the original copy of the label, along with half the prescription of 200 mg Celebrex." 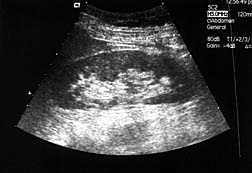 "Gradually her blood pressure increased but we weren't aware that Celebrex was responsible for her hypertension. Bess had a heart attack on November 22, 2005 and continued to have hypertension; she also continued to take Celebrex. I took Bess to ER and they gave her meds to stabilize her heart and kept her for one day. After that, her rheumatologist checked her blood level constantly. And as the results came back, there was a sharp increase in creatin level—indicating the kidneys are not functioning properly.

At that time, the doctor told us, and we were given a copy of his findings, that she had lost 50 percent of the use of her kidneys and he recommended that she discontinue Celebrex immediately.

On December 18, 2006 she had to go back to the hospital to have a portion of her colon removed. While in the OR, she had a full-blown heart attack - but her bowel surgery was successful. During the ICU stay after surgery, she had a second heart attack. After consultation with the attending physician, the doctors decided that her kidneys were so dysfunctional that she couldn't have a stent placed in her heart.

Bess was faced with two choices: the possibility of a third and fatal heart attack or permanent dialysis and permanently confined to hospital.

On January 3, 2007 she had the final heart attack that took her life. She was 74. Bess didn't have any heart problems before taking Celebrex--I have EKGs to verify that. She had trouble with her joints but her heart and kidneys were fine.

I don't think her rheumatologist (who prescribed Celebrex) was aware of the danger. I didn't talk to him, it has been too upsetting. It has been more than a year so now I can finally talk to someone about her death. I have every medical report by every physician.

More News
When the nephrologist took Bess off Celebrex, her blood pressure dropped to almost normal. She felt better but her kidneys and heart had been so damaged—it was too late. I don't think she was aware that she was so close to death. The nephrologist also told us that the kidneys' filter function had been scarred to the point that she had less than half her normal capacity. This is why she lost her battle in surgery. But she fought like a tiger.

We had been together for 58 years. She was my date in junior and senior high school.

To anyone taking Celebrex: make sure you know the risk you are taking. Bess told me that she would rather suffer the pain of arthritis than be compromised by her life. I think the makers would be wise to spend some of the billions of dollars they made in sales to find a substitute that doesn't damage the heart and kidneys.

And maybe spend more money on research and less on marketing drugs such as Celebrex already on the market."

Posted by
Jeff
on August 24, 2016
Back in 2001 I hurt my self on the job Dr prescribe me celebrex 200mg I took it for two years than they switch to viox one day I was feeling sick headache went to hospital my kidneys were failing was on dialiass got kidney transplant in 06 I believe celebrex caused me to loose my kidney I really need attorney to represent me I'm a victim like the rest of the other people that took celebrex but I'm lucky I'm alive they deserved the truth
Posted by
Bill
on April 18, 2016
I'm in my late 40's and have scoliosis and lumbar spinal stenosis. After being on Celebrex for 2 years, 200mg/day, I suddenly went into a coma for five days and the hospital determined that I had Acute Kidney Failure. I was immediately put on Dialysis and they did a Renal Biopsy to discover that it was directly related to the Celebrex use that damaged my kidneys.

I've since been on dialysis and have a 50% chance of recovery with some degree of renal failure. However, only five (5) months before this happened, my kidney function was perfectly fine as confirmed by blood tests. I never had kidney disease or even a thought that I could have kidney disease. Now I'm on dialysis with the possibility of spending the rest of my life on it. Thanks Celebrex!!!

Posted by
Lynne
on November 11, 2015
I was on Celebrex for quite a long time, approx. 15 years due to severe arthritis and degenerative disc disease. In the latter part of 2014 I had to change my PCP. I had noticed the term CKD on some lab work with the old PCP, but when I questioned him, he said don't worry! Just a routine function check. The new PCP was checking out a complaint I had and sent me for an MRI. Lo and behold! One kidney is atrophied (as in dead atrophied) and the other shows scarring and was at 33% function! I was so mad, upset, scared...but mostly angry!!! The old PCP was a palliative care physician, which leads me to believe now that he was just treating symptoms to keep me comfortable.
With the help of my new PCP, and a change in medications (including STOPPING Celebrex!) my kidney function has improved to 44%. It is believed that the Celebrex was responsible for the kidney damage. So, I now have one half of 1 kidney working. Celebrex should be completely taken off the market!!!
Posted by
Kimberly Prince
on September 11, 2015
I've been on CELEBREX since it first came out. Serious problems w alternative drugs led Drs prescribing it.I've been taking 200mg TWICE a day. I suffer an aggressive case if ANKLYOSING SPONDYLITIS (ENTIRE SPINE FUSED/xcpt3vertebrae/neck&both S.I.Joints&SCOLIOSIS&OSTEOARTHRITIS.Since age 29.ribs also.3yrs&1month ago I was urinating lots if Blood, Protein&milky white liquid(know now infection) Went to .ER my primary said nothing wrong your having your period(impossible since I had procedure 10yrs prior to end Menstration) This new Primary replace retired Dr&cared nothing about patients. This kept happening, I reported the constant swelling of my legs to my feet. told it was my arthritis, even tho none of those joints affected. I've struggled for 2yrs for answers to EXTREME PAIN also. 2mos ago an error sending XRAYS to wrong Dr got me some help! Kidney stones found in Kidney, bladder,&renal tube. Also 1kidney now twisted on its side! I'm waiting for referral to specialists. .fever&pain I should go to .ER but I fear as last 2times, I'll be sent home&told nuthn wrong. I also argue w them when I've a Fever. For me 99.0 is a Fever. My normal body temp has always been 97.2 even 98.6 is a low fever, just starting. My labs just came back saying due to CELEBREX usage..I wasn't told to stop taking or lessen? But I'm taking 1/day. Since 09/10/2015 labs say:urine has infection, protein, crystals&Humataria still,(blood) I only had blood 4wks ago&stones, not the rest. I've been increasing my water intake fresh lime juice, less cola. To lessen stones&pass.
I'm scared to death. I've been feeling more&more sickly past 2yrs&this year even worse. That gut feeling that DEATH is coming&family think your crazy! I'll be 51yrs old in 3mos.in midst of being forced to sell dream home, due to Divorce after 32yrs. This stress is adding to my problems.I'm asking for Divorce. Have to! To protect my MORPHINE MEDS from being stolen again. Now I'm being robbed again if my health from a Drug, that was to be my Miracle Drug 16/17yrs ago!
Posted by
Cyndi
on June 10, 2015
I have been on Celebrex for probably 5 plus years, and have noticed within the last year my feet, ankles, and sometimes my entire legs swell to the point I am miserable. My drs only keep telling to put on compression socks and I keep thinking it is more to it. Only because I have noticed in the last 3 months my urine is different. Every 6 months when I have my follow-up with the PA for my arthritis, they do blood work, but I never receive a copy of the results. So now I am really wondering if it is the Celebrex creating more damage. After reading the articles/comments above, even more concerned, and I do not have my next appointment until August. So wondering if it is safe for me just to stopping taking the Celebrex until my follow up?
Posted by
Jerry
on May 21, 2015
My wife was on Celebrex for 20 years by her internist. An endocrinologist who tested her for possible colon problems noticed her taking Celebrex medication and told her to discontinue taking it. He felt she should not have been taking it at her age 92. She changed physicians after I married my wife two years ago and I then suggested she change physicians which she agreed to do. The physician continued to bill Medicare after she had dropped him and this past year we filed a complaint with Medicare because of the erroneous or fraudulent billing. The physician's administrative assistant denied doing so and it was later confirmed by Medicare that this in fact had occurred. The physician was told to return payment to Medicare. I believe he has done this. My wife recently had a heart attack and a stent was inserted. The operation was said to be successful however the cardiologist said something to me that the kidney was operating at 15% level. He said my wife should not have taken the Celebrex for the duration she had taken it. It was thought my wife would improve from the stent surgery but her kidneys began to shut down. They could not process the dye in her kidneys and she finally passed away May 10, 2015. Being that the physician is an internist and has had many seniors for patients over the years, I believe he should have taken my wife off this medication when he became aware of the ill effects of Celebrex on kidneys.