Cash America Pawn managers allege they are misclassified in their nationwide overtime lawsuit.

A former Store Manager recently filed an employment complaint against First Cash and Cash America (also known as Cash America Pawn) for unpaid overtime compensation. “We estimate that 1,000 store managers nationwide have been misclassified and eligible for overtime,” says attorney Alan Crone, “and upwards of 3,000 employees may have an overtime claim against Cash America Pawn for violating the Fair Standards Labor Act.” 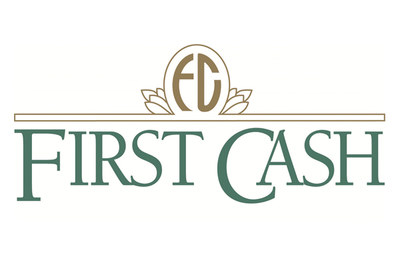 Crone filed the complaint earlier this year on behalf of Mr. J. Martin East and all other Cash America Pawn store managers who have been misclassified as exempt from overtime. East claims that the giant franchise chain failed and refused to pay him and those managers in similar positions overtime pay for hours worked over 40 hours in a week.

“We are seeing store managers at many of these franchise locations who are not performing managerial duties. Instead they are micro-managed by district managers and are generally filling in for other staff,” says Crone. “Cash America Pawn has violated the FLSA by not compensating their managers for overtime pay.”

Cash America Pawn hired East in January of 1988 and paid him a salary as a store manager at various locations throughout Louisiana and Tennessee from that August until September 2017. Even though he and other store managers were given the title of “manager” they were managing in title only. In reality, Crone says their primary duties were the same as assistant managers who were paid hourly and were paid overtime premiums.

“Being paid a salary doesn’t automatically exempt you from overtime,” Crone explains. “A manager’s salary is just one requirement to be classified as exempt. East and other managers are not in charge of their location, nor do they have the ability to hire and fire staff.” In his complaint, East says he had little or no discretion in interviewing or selecting employees – all hiring decisions needed approval from the store’s district manager. And they had no say in determining employees’ pay rates and work hours or evaluating employees’ work performance. East and other managers’ primary duties were to serve as store clerks.

Have You Been Misclassified as Exempt?


One of the most common mistakes employers make is to misclassify employees, often intentionally to avoid paying overtime and other benefits.

Federal wage and hour regulations states that employees are not eligible for overtime pay when their primary duties consist of management of the company or a department, when they regularly direct two or three other employees, when they have the authority to hire or fire, and when their weekly salary is at least $400. Even if you don’t meet the above three criteria, make sure you’re really non-exempt by talking to an employment lawyer. “There may be some variations in the way particular workers were treated and some store managers may have been given sufficient authority to be exempt so it’s best to be informed, whether you have a claim or not,” says Cone.

The FLSA requires employers, including Cash America Pawn, to compensate all non-exempt employees for all hours worked in excess of 40 hours per week at a rate of not less than one and one-half the regular rate of pay. “East and other store managers typically worked between 45 to 60 hours per week,” says Cone. “As well, the Cash America Pawn did not pay 50 percent or more of East’s or other store manager’s earnings in commissions.” That adds up to a lot of compensation owed.

Statute Of Limitations for Overtime Lawsuit


You should also contact an attorney regarding the Statute of Limitations (SOL). Crone says the SOL for these cases is two years and three years if the violation is willful. This means that you should file a claim sooner than later as every day that passes could have the potential to disqualify you from filing an overtime complaint.

Attorney Alan G. Crone of the Crone Law Firm, PLC. focuses on employment law, business and commercial litigation, protecting intellectual property, business formation and succession planning, business operation and compliance. His litigation experience includes complex business, commercial and employment-related disputes, personal injury, and more. While he is licensed to practice law in Tennessee and Arkansas, he has represented clients in courtrooms all over the United States. Alan enjoys cases and legal matters with challenging factual and legal issues that require innovative solutions.

Posted by
CPO Willis Greene US Navy Retired
on October 19, 2018
CASH AMERICA only DESERVES to be put out of BUSINESS because they PREY on those who can LEAST AFFORD IT... THEY RIP-OFF the NEEDY... These PAYDAY LOAN COMPANIES, RENT TO OWN, ETC; ALL should be PUT DOWN for their ABUSE...~!!~