With news of yet another alleged Ponzi scheme, investors might be worried that legally-run investments are a thing of the past. Those who lost money in the alleged Carr Miller Capital Ponzi scheme are probably worried that they might never see their money again. Attorneys such as Christopher J. Gray, from the Law Office of Christopher J. Gray, P.C. in New York City, help investors who fall victim to securities fraud regain their hard-earned money. 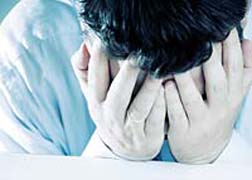 "There's been an action brought by the New Jersey securities regulators alleging Carr Miller is a Ponzi scheme," Gray says. "A Ponzi scheme is a scheme that is supposedly investing in legitimate investments but in reality, returns paid to earlier investors are actually funds from later investors. It may be that there are no actual investments, although in the case of Carr Miller, there were some investments but investors were allegedly paid out supposed investment returns that were actually funds received from later investors. As often happens in Ponzi schemes, eventually there aren't enough new investors to supply so-called returns, which is when schemes like this fall apart."

According to court documents, investors may have lost up to $40 million in the alleged scheme. Investors say they were promised returns of between 10 to 15 percent for nine-month terms. The lawsuit names defendants Everett Charles Ford Miller, Brian P. Carr and Ryan J. Carr and accuses them of violating securities laws, committing securities fraud, commingling funds and selling unregistered securities.

"People would know if they've invested with Carr Miller," Gray says. "I believe what happened is some stockbrokers and investment advisors referred customers to Carr Miller, without approval of their firms. Even if the scheme is defunct and there aren't a lot of assets, there is the possibility that victims would recover losses from the advisor who referred investors to the scheme—similar to Madoff, where we've seen lawsuits filed against and losses paid out by feeder funds that funneled funds into Madoff's scheme."

An investigation into Carr Miller's activities found that approximately $13 million of the investors' funds were used to pay for personal purchases, including vehicles, a New Jersey Devils sky box, meals and luxury vacations. Meanwhile, a further $16 million was allegedly placed in investment vehicles—including real estate ventures and film-production companies—that were not authorized by investors.

Depending on the type of advisor the investors worked with, they may be able to file either a lawsuit or an arbitration against Carr Miller, or the advisor who referred them to Carr Miller.

Regardless of whether investors file an arbitration or a lawsuit, the sooner they contact an attorney, the better. Documents such as the agreement that was signed with Carr Miller, e-mails or correspondence regarding the account in question, monthly or quarterly account statements, or statements showing money going out of the investor's account to Carr Miller are vital in building a case. Gray says he takes clients from anywhere in the US.

"I would be happy to talk with anyone who had losses," Gray says. "Sometimes, even smaller claims can still be economical to bring, especially if multiple cases end up being filed."

If you or a loved one have suffered losses in this case, please click the link below and your complaint will be sent to a securities frauds who may evaluate your Carr Miller Capital Ponzi Scheme claim at no cost or obligation.
Request Legal Help Now

I have contacted other victims of the same Ponzi Scheme and we are trying to understand our rights as victims and we're trying to recover our hard earned money.