Attorney: Advisors and Brokers Could Be Liable for Alleged Carr Miller Investor Losses

Investors who lost money in the alleged Carr Miller Capital Ponzi Scheme may worry that there will be no money left over for them to recover their losses. After all, the defendants, Everett Charles Ford Miller, Ryan J. Carr, Brian P. Carr, reportedly spent $13 million on personal purchases. Christopher J. Gray, attorney with the Law Office of Christopher J. Gray, P.C. in New York City, says there may be more than one way for investors to recover money lost in the alleged Ponzi scheme. 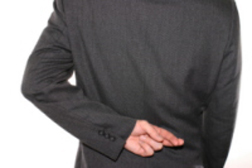 "If folks had a loss with Carr Miller, it's likely that the receiver will recover something, but it's hard to know how much and when," Gray says. "It's possible there could be an opportunity for additional recovery against the broker or advisor who referred a customer to Carr Miller. Investors should look at who referred them to Carr Miller to see if they have a claim."

If investors are not sure who referred them to Carr Miller, the information should appear on a monthly or quarterly statement that reflects the Carr Miller investment. The company that sent out the statement may be liable for money lost in the alleged Carr Miller Ponzi scheme.

More CARR MILLER CAPITAL PONZI SCHEME News
"I think the claims against brokers or advisors could come into different categories," Gray says. "There could have been a knowing or negligent misstatement of facts. Or [as an example] another set of claims being resolved in the Madoff case is a claim that a fund or advisor who referred folks to the investment or who invested folks' money did not do an adequate investigation to find out what was being done with the money."

In other words, if the advisor or broker knew or should have known about the alleged wrongdoings in the Carr Miller investment but still recommended Carr Miller or invested clients' money in Carr Miller, he could be liable for financial losses.

"People should pull out their financial statements and consult with an attorney, the sooner the better," Gray says. "The time limits will vary based on state law, but some of the claims may be subject to a statute of limitation of as little as a year. [Customers should find] any written communications between the customer and Carr Miller or the customer and financial advisor. Those include emails, letters and any notes customers kept concerning investments."

If you or a loved one have suffered losses in this case, please click the link below and your complaint will be sent to a financial lawyer who may evaluate your Carr Miller Capital Ponzi Scheme claim at no cost or obligation.
Request Legal Help Now