Instances of residential care abuse, nursing home abuse or care center abuse occur across the US, but how states deal with those situations varies dramatically. This is according to information obtained by an online public interest journalism website, which tracks information on instances of nursing home deficiencies. Of particular concern are the instances of serious deficiencies??"those given a rating of J, K, or L on a rating system that ranges from A to L. 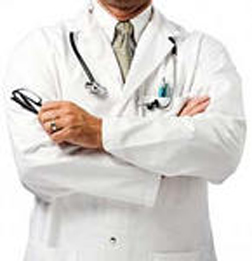 The data comes from information obtained by ProPublica from the U.S Centers for Medicare and Medicaid Services. According to ProPublica, the database covers approximately 118,000 issues in 14,565 nursing homes across the US. Information included on Nursing Home Inspect includes deficiencies reported during the home's last three inspection cycles (approximately the last three years).

The most serious deficiencies--those rated J, K, or L--are those that pose immediate jeopardy to resident health or safety. Those given a rating of J are isolated, K indicates a pattern, and L means the issue is widespread.

Among deficiencies reported in nursing homes were neglect, unnecessarily medicating patients, and sexual, physical and verbal abuse. In the most serious cases, patient death was attributed to neglect or abuse on the part of nursing home staff. Nursing home staff in various homes were also reported for failing to notify police of incidents within the facilities.

More CARE CENTER ABUSE News
Unfortunately, nursing home fines vary widely across the US. According to a ProPublica Report (12/17/12), two nursing homes that were both found responsible in residents' deaths were given vastly different fines. In Texas, a home was fined $9,500 after an inspector found staff at the home was not properly trained to deal with emergencies and did not call 911 when a resident sought help while choking on a cookie. In South Carolina, a nursing home was fined $305,370 after an inspector found nursing home staff did not take proper steps to prevent a resident from harming herself, despite repeated instances of self-harm.

In both cases, inspectors found the homes posed "immediate jeopardy" to the health and safety of their residents.

Although the national average fine was $11,400, some states had an average of more than $50,000. Washington's average was just over $90,000 followed by Tennessee, with $63,000. That does not necessarily mean that their nursing homes had more serious deficiencies; it could be that those states have stiffer fines when nursing homes are found responsible for harm to patients.

Because Nursing Home Inspect includes information from official reports, it does not provide information on wrongful death, personal injury or other lawsuits filed by residents or their loved ones.

Click to learn more about LawyersandSettlements.com
LawyersandSettlements.com - A trusted, independent legal news provider bringing quality news and information on all legal cases and lawsuits filed in United States of America to its readers since 2002. Over 250,000 legal help requests including Elder Care Cases, and Malpractice Cases have been forwarded to lawyers all across to the country.