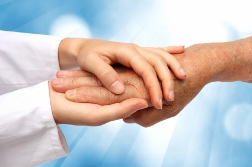 According to the lawsuit against the Florida Institute for Neurologic Rehabilitation (as reported on by Bloomberg News; 10/3/12), the brain center stopped an investigator from speaking with witnesses about alleged abuse at the center. Allegations of abuse include claims that a patient was improperly restrained and claims that staff physically abused a patient. Bloomberg notes that since 1998, staff at the center have been accused of negligence or abuse in a minimum of five residents' deaths. The center has also previously been accused of not cooperating with other protection agencies.

Meanwhile, New York State Assemblyman Harvey Weisenberg has filed a lawsuit against AHRC Nassau, The New York Times (09/30/12) reports. Weisenberg's lawsuit concerns his son, Ricky, a 54-year-old with cerebral palsy, and alleges an employee of AHRC abused his son. Although charges were never filed against the employee, an internal investigation reportedly substantiated the allegations of both psychological and physical abuse. The employee was fired but is working as a caregiver in a different care center.

Weisenberg alleges the abuse, which included hitting Ricky in the back of the head, cursing at him and flicking his neck, was ongoing and should have been stopped earlier.

Click to learn more about LawyersandSettlements.com
LawyersandSettlements.com - A trusted, independent legal news provider bringing quality news and information on legal cases and lawsuits filed in the United States of America to its readers since 2002. Over 650,000 legal help requests including Personal Injury Cases, Elder Care Cases, and Malpractice Cases have been forwarded to lawyers all across to the country.