If care center abuse and care home abuse sound like the sort of things that only happen to other people, residents who have been subjected to abuse at the hands of the people they pay to care for them might strongly disagree. Residential care abuse happens with alarming frequency, causing some state agencies to take action. At least one care home in Wisconsin has now been shut down, after inspectors allegedly found egregious cases of abuse and neglect. 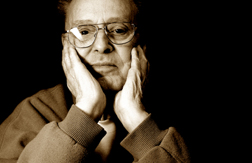 According to the Press-Gazette (2/17/14; found online at usatoday.com), inspectors ordered Longview Terrace to shut down, after they allegedly found evidence that the administrator - who had previously been convicted of second-degree sexual assault of a child - had taunted and hit residents at the home. The Longview Terrace facility reportedly has two homes, Longview Terrace I and II, with Terrace I being ordered to close.

The owner, who is also the mother of the man alleged to have abused residents, has filed an appeal and is allowed to continue operating until the appeals process is concluded. Investigators reportedly also found evidence of forcible restraint and neglect at Longview Terrace II and another property owned by the same company.

Meanwhile, a former staff person told the Press-Gazette that the administrator would repeatedly push one resident down and phone the police to tell them the resident was a danger when in fact he was not.

Furthermore, the report states that at least one resident was neglected and not given proper care, including not showering often enough and not making sure he had proper footwear. Investigators noted that the resident’s feet had to be soaked before a doctor could look at them because they were too dirty.

More CARE CENTER ABUSE News
Of his hygiene, the investigators wrote, “It was noted there was an odor. He was dressed in pajama pants, a soiled T shirt and shoes. [His] toes and soles of his feet were visible, even though he was wearing tennis shoes and socks (they had both been worn through).” The resident reportedly noted that he was only allowed to shower on Tuesdays and Thursdays but would like to shower more.

A subsequent report filed by investigators included allegations of missing property and unexplained injuries to residents. They noted that a small staff and lack of training accounted for some of the serious issues.

Based on information obtained by investigators, Longview Terrace I was ordered closed. Although lawsuits have not yet been announced in this case, care home abuse lawsuits have been filed against other homes, accusing workers and administration in those homes of failing to meet a reasonable standard of care for residents.