When family members leave their loved ones at a nursing home, the last thing they expect to find are signs of care center abuse, including bruises, scratches and complaints about name calling. These are the sort of activities that result in care center abuse lawsuits and allegations of care home negligence. But for some families, moving a loved one into a care home is just the start of a terrible ordeal. 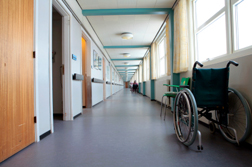 FOX-DFW (5/28/13) reports on one family whose mother (and grandmother and great-grandmother) was moved into a nursing home and eventually seen with bruises, which were explained as falls from a wheelchair. Not believing the story, the family installed a hidden camera and allegedly saw a hospice worker slapping the victim, spraying her with water, and calling her “ugly” and “retarded.”

Because of an alleged lack of movement from the state regulatory authority (Texas Department of Aging and Disability), some families are now turning to the courts to resolve complaints of abuse and neglect against nursing homes. Among complaints against various Texas nursing homes are neglect that led to widespread infections; hitting, slapping, pinching and pushing home residents; and dropping patients.

When abuse is committed at the hands of a care home employee, the home may be held liable for the employee’s actions, especially if administration did not take adequate steps to prevent or stop the abuse. But administration can be held liable even when abuse is committed by one resident against another, as in a care center in Des Moines, where an administrator could be deemed professionally incompetent for not protecting residents from a fellow resident who had sexual assault convictions.

More CARE CENTER ABUSE News
Nursing home abuse is more widespread than many people realize. According to the National Center on Elder Abuse, in a document found online at ncea.aoa.gov (from February 2012), almost one in three US nursing homes received citations for violations that could have or did cause harm to a resident from 1999-2001. Almost one in 10 homes were cited for violations that resulted in harm, serious injury or put residents in jeopardy of death.

The National Center on Elder Abuse further reports that physical abuse is the number one most common abuse in nursing homes, followed by resident-to-resident abuse, psychological abuse and gross neglect.
READ ABOUT CARE CENTER ABUSE LAWSUITS