Many times when people think of care center abuse, they think of abuse perpetrated by staff or management at a care center. Certainly, a great deal of residential care abuse comes in the form of physical or mental abuse or neglect on the part of staff that is entrusted to take care of residents. In some cases, however, the perpetrators of such terrible nursing home abuse crimes are not the staff or even the management, but are other residents of the homes. 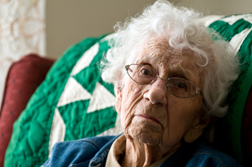 WSFA (5/12/13) reports on three female patients at a Georgia nursing home who allege they were sexually assaulted by two male patients at the home. The home is reportedly a care center for elderly people and for those who have chronic conditions. Management for the home issued a statement that such allegations are taken seriously and both an internal and a police investigation were conducted. No charges were filed by the police and one resident who was accused of sexual assault has since moved.

Management also noted that two other allegations of sexual touching came up during the investigation. Those were also turned over to the police, although the home says it believes those allegations to be unsubstantiated.

Nursing homes have a duty to protect residents not only from harm committed by staff, but also against harm from fellow residents. Not all nursing homes respond as quickly as the home in this article did. Some have been cited for failing to notify the police of allegations of abuse by staff or patients.

More CARE CENTER ABUSE News
The Cincinnati Enquirer (4/15/13) reported on a nursing home that was put on a federal watch list because of deficiencies in how the home was run. According to the article, the East Galbraith Health Care Center had double the number of average deficiencies of other nursing homes in the state. Among those were reports of a female resident who was sexually abused by a male resident. The home allegedly did not initially report the incidents to local police.

As a result of those and other deficiencies - including not giving a patient the proper medication dose and not having a registered nurse on duty at all times - the home was put on the “Special Focus Facility” list, which tracks homes that have reportedly provided a low quality of care to residents. Homes on the list are at risk of not being able to accept new Medicaid and Medicare patients if they do not make improvements.