Would your car pass or fail a test of its crashworthiness? Do you know if your car maker provided you with the best safety systems it reasonably could? For some unlucky people, a car accident is what gives them the answers.

On September 12 a US District Court Judge in California ordered the US Government to pay $54 million to a nine-year-old Costa Mesa girl, five years after a government employee, late for a business meeting, ran a red light, T-boned the Chevrolet Suburban the girl was riding in, and sent it flying into a nearby utility pole. 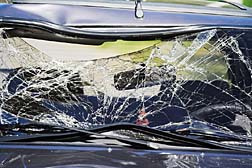 The girl is Leilani Gutierrez. She was just four years old on Mother's Day, 2002, the day that car crash changed life for her and her family forever. Because of the accident, she is paralyzed from the neck down, dependent on 24-hour care, her life expectancy reduced to no more than 35 years. Of the $54 million, $23 million is for medical bills alone.

The miraculous part of this story is Leilani herself. She did not suffer brain damage, and she remains a sunny, optimistic person, with plans to attend college, and hopes and dreams of living with her mom on a ranch where they could have horses. She says her favorite subjects at school are science and reading. She grins and says: "I am very happy having this life".

The accident was horrific, and led to Leilani having to spend 250 days in the hospital and undergo 24 surgeries, including a tracheotomy, bone graft and spinal cord stabilization. For nine months after the accident, she could neither swallow nor speak. She can now speak with the help of a ventilator, and as of five months ago, has the strength to steer a special wheelchair by pressing against a wood ball with her chin.

Leilani quickly won the support of all those around her. Her devoted mother (who was awarded $1 million at the trial) modeled forgiveness and grit. Her parents and family cared for her round the clock. Firefighters and police officers remodeled the family home. Other members of the community were galvanized into donating money and helping out where they could.

The government admitted full liability for this accident, and there is no report of a claim made against the manufacturer of the government employee's car, the Chevrolet Suburban or the car seat in which the child was secured. There is no suggestion that the manufacturers were not fully compliant with vehicle safety regulations at the time.

More News
But the forces unleashed by the violent impact of the two collisions the vehicle suffered—the broadside hit and the collision with the utility pole—proved to be disastrous. The "safety cage"—that is, the passenger compartment-- did not keep the passengers safe.

Could the vehicle have been more crashworthy? Could Leilani's safety restraints have been more effective? Only the experts really know. But at the very least, Leilani's story will give the experts more information about how to best keep children in cars safe. And the manufacturers will be under a positive legal duty to apply this knowledge in their vehicle design.

To find the ratings for your car's crashworthiness, [click here]