Nissan revealed late yesterday that it is recalling more than a half-million vehicles to remedy problems with steering problems and battery cables. In rare cases, a failure could be devastating. 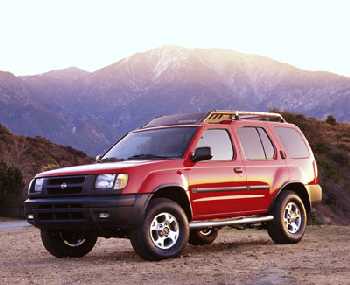 If not rectified, the defect could lead to the cracking of the steering shaft.

More Defective Automobile News
The SUVs affected were manufactured in 2002 through 2004.

Additionally, some 18,500 Sentra sedans manufactured in Mexico are being recalled for a battery cable defect that could lead to starting problems—or worse—the potential for stalling at low speeds.

The Sentras involved were manufactured between May 15th and July 8th in Aguascalientes, Mexico.

Most of the recalled vehicles were sold in the US—about 515,000. The remainder were sold in Canada, together with several Latin American and African countries.

Nissan said it still is in the throes of securing replacement parts for the vehicles. Once that is done, the company will be alerting owners as to the recall status of their vehicles, and a repair schedule, in early December.

Posted by
Chavivah Witness
on May 18, 2016
Please let me know if we had to have been in an accident to participate in the class suit on any defects and/or recalls. I have the 2007 Nissan Murano.