A retired Marine and his wife stationed at Camp LeJeune both had cancer and are now “extremely concerned” about their children.

Patrick and his wife spent three years at Camp LeJeune – long enough to develop health problems from contaminated water. “When I first heard about the contamination I was extremely concerned,” says Patrick. “None of us had heard about the toxic water until a few years ago, and now I am extremely mad.” 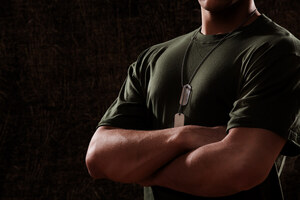 Drinking water systems that supplied two areas of housing at Camp Lejeune were contaminated with industrial chemicals from at least 1953 to 1985. The contaminated wells were shut down in February 1985, reports the U.S. Department of Veteran’s Affairs. In 1982 the Marine Corps discovered specific volatile organic compounds (VOCs) in the drinking water at the base.

At age 55, Patrick was diagnosed with testicular cancer, which spread to his lungs, esophagus, back, hip and chest. “When I started chemotherapy, they gave me six months to live,” he says. “I went through three rounds of chemo per day and slept 20 hours a day and had two blood transfusions starting in January 2011. My wife was diagnosed with cancer in 2013 – specifically triple positive HER2. She too has gone through chemo, radiation and surgery.”

Here is the kicker: there is no history of cancer in either of their families. Thankfully, Patrick and his wife are both in remission. They have spent thousands and thousands of dollars on medical tests and treatments and they are still spending thousands each year on follow-ups. Just yesterday, Patrick says his wife had an MRI to look for a certain type of cancer – they aren’t out of the woods yet.

And they worry about their –now adult –children’s health. “A good friend is president of Vietnam Veterans of America and he did a lot of work with Agent Orange,” says Patrick. Although there is no direct evidence to support a link between males' exposure to Agent Orange and having children with certain birth defects, the VA suggests that there is indeed a hereditary link, and from talks about this herbicide mixture, Patrick and others became aware—and worried – of the Camp Lejeune water contamination.

“I am concerned about my three daughters and eight grandchildren,” Patrick says. “My eldest daughter was with us at Camp Lejeune. She is healthy – so far. She is a trauma nurse and regularly gets [mammograms] and has a heightened awareness since discussing Agent Orange and Camp Lejeune chemicals.

“And another friend, Edward Zidik was also at Camp Lejeune. He and his wife both died from cancer. I talked to his kids about the contamination and they were infuriated –they had no idea. No one is telling us, why isn’t everyone who was ever stationed there notified? If you didn’t see this on the news or online like LawyersandSettlements, you wouldn’t connect the dots. That is the sad part.”
READ ABOUT CAMP LEJEUNE CONTAMINATED WATER LAWSUITS