Failure to provide rest breaks results in a federal California judge ordering Wells Fargo Bank to pay $97 million for a violation of California labor law: Wells Fargo bankers and consultants are entitled to pay not just based on their hourly rate, but al

A Wells Fargo mortgage broker last year filed a wage and hour lawsuit alleging the bank failed to provide rest breaks, among other violations. The bank said it owed employees $25 million, but last week a federal judge agreed with its bankers and consultants: the money they were entitled to for unpaid rest breaks should be based on their commissions as well as their hourly pay, and Wells Fargo is now on the hook for $97 million. 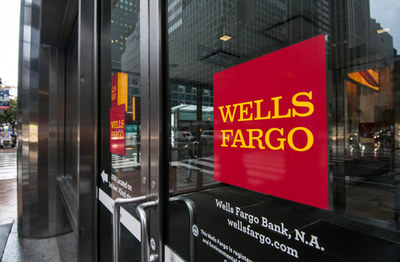 In January 2018, District Judge Percy Anderson agreed with the broker that the bank was liable for the California wage and hour violation. According to Bloomberg (May 9, 2018) the judgment covers mortgage bankers and consultants in California who worked for Wells Fargo from March 17, 2013, to August 1, 2017.


Under the California Labor Code, the California Court of Appeal in March, 2017 held that employers who pay employees solely on a commission basis must separately compensate them for time they spend on their rest breaks (Vaquero v. Stoneledge Furniture LLC). Rest periods, like other types of “nonproductive” time, do not contribute to the employee’s commission earnings. So, employers are required to separately compensate employees for that time to comply with California’s minimum wage and break laws.

Wells Fargo to Pay $97M to Workers on Commission


This ruling is one of many that the San Francisco bank faces. Also this month, Wells Fargo announced that it will pay a $480 million settlement to a group of shareholders who accused the bank of making “certain misstatements and omissions” in the company’s disclosures about its sales practices. In 2016, the Consumer Financial Protection Bureau, the Office of the Comptroller of the Currency, and the city and county of Los Angeles fined the bank $150 million for over 5,000 of the bank’s former employees opening up to two million fake accounts in order to get sales bonuses, according to Courthouse News Services.

“We are pleased to reach this agreement in principle and believe that moving to put this case behind us is in the best interest of our team members, customers, investors and other stakeholders,” Wells Fargo CEO Tim Sloan said in a statement. “We are making strong progress in our work to rebuild trust, and this represents another step forward.”

More CALIFORNIA LABOR LAW News
The San Francisco bank intends to appeal this latest $97 million ruling. The Los Angeles Times reported the following: "Wells Fargo's compensation structure for its home mortgage consultants complies with California's wage and hour laws, including pay for all break periods, and allows our HMCs to earn competitive, performance-based compensation," spokesman Tom Goyda said. "We plan to appeal on the basis that the court's decision reflects both a misunderstanding of our HMC compensation plan and a misapplication of the relevant state law."